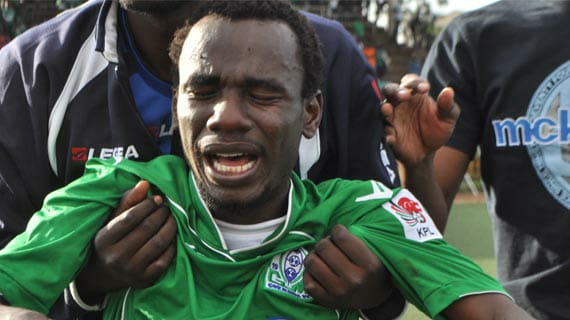 The ‘Citizens’ registered their first win against Gor in seven meetings, handing the record Kenyan premier league winners their second loss on the trot in as many games.

The 2010 Kenyan Premier League (KPL) best midfielder Antony Kimani aka Muki came off the bench to assure the Kawangware based side the maximum points after scoring the second goal with 15 minutes to play after Ezekiel Odera had opened the scoring six minutes to half time.

City Stars moved to 3rd place on the log with 20 points from 11 matches,while Gor Mahia remains 7th with 18 points.

Defending Champions Tusker Fc came from a goal down to beat Mathare United 4-1 in another premier league clash at Ruaraka Sports Ground, Nairobi.

Mathare United who haven’t picked a point from their previous three games went ahead after an umarked Clifford Alwanga headed home the openner.

Tanzanian import Joshua Ibrahim pulled level for  the brewers from the spot  in a fixture that he netted a double.

Ibrahim scored his third goal of the game seventeen minutes to the final whistle before Tusker captain Eugene Asike completing the rout.