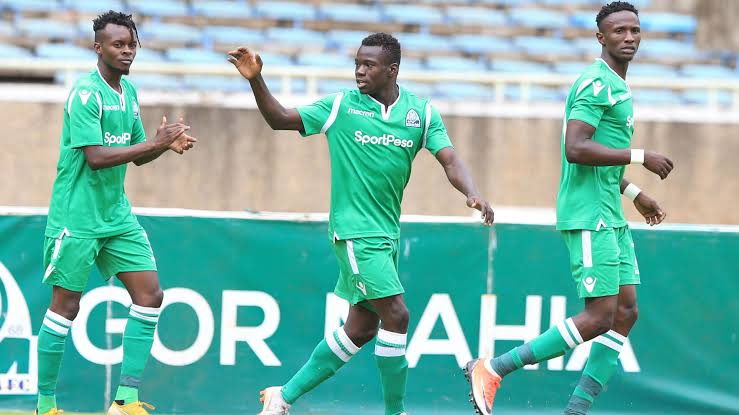 Former premier league champions Gor Mahia resuscitated their chances of reclaiming the title by edging out the FKF PL runners up Kakamega Homeboyz 0-1 away at Bukhungu, Stadium.

Lloyd Khavuchi the left-footed attacker who almost joined AFC Leopards during the mid-season transfer window, but Gor snatched him from their archrivals Ion the final day of the window in a last-minute move netted the solitary and winning goal in the 79th minute.

Bottom placed Wazito FC fought from a goal down to pip AFC Leopards 2-1 in Muhoroni.

The brewers, who finished the game with ten men after Teka was sent off in the 59th minute, remain on top of the league standings.

Meanwhile at Muhoroni Wazito edged AFC Leopards 2-1 to claim a precious win, their second win in a row.

Vincent Otieno opened the scoring for AFC Leopards with an own goal in the 21st minute for the hosts to trail Ingwe.

Collins Okoth equalized the scores for Wazito in the 36th minute before Collins Odhiambo sealed Leopards fate in the 50th minute for a spirited comeback.

The FKF PL champions Tusker FC were held to a barren draw by Nzoia Sugar in the Ruaraka backyard in Nairobi.

Sofapaka’s Congolese import Rody Manga signed from  Renaissance Du Congo broke deadlock from the spot in the 20th minute before equalized by scoring in a similar fashion by the 2010 Kenyan Premier Young player of the year Ezekiel Odera converting from the spot six minutes later for a 1-1 stalemate at the breather.

Andrew Kisilu guaranteed Nairobi City Stars maximum points with a 78th minute strike to condmn Sofapaka to their third defeat of the season.

Brian Yakhama was on target three times for Talanta’s win as Donald Ange and Lennox Ogutu replied for Mathare.