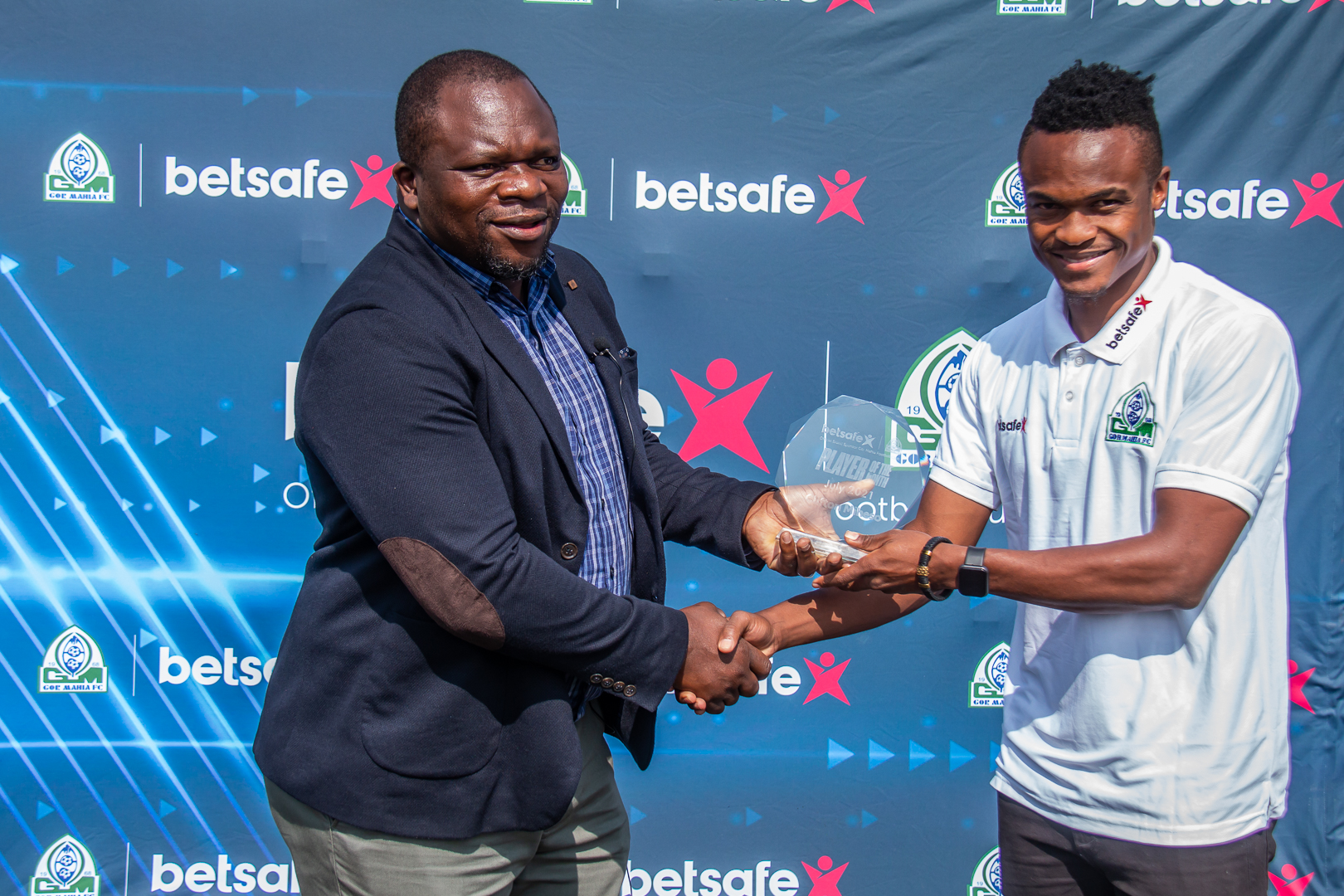 The speedy winger bagged the award and Sh. 25,000 despite the club’s bittersweet performance through July which saw K’Ogalo fail to win a single league match but qualify for the continental CAF Confederations Cup.

The player of the month award was announced by Betsafe in July 2021 when Betsafe held a congratulatory dinner for Gor Mahia and AFC Leopards to congratulate them on a Mashemeji Derby final that saw Gor qualify to represent Kenya at the CAF Confederation Cup.

Speaking to the Gor squad while presenting the award, Betsafe Acting CEO, Victor Sudi, urged the players to keep putting in their best performances to defend their championship amidst a tough season.

“Today we are happy to announce that the first winner of this award is Clifton Miheso. I know the season has been tough for Gor, but you are tougher. We shall continue with this award; and for the remaining games I urge you to put in your best effort because we will be here again next month to present the winner as voted by the fans,” said Sudi.

Miheso expressed his excitement at winning the award and was especially grateful to the fans who voted for him. He went on to urge players to aim towards getting the award in the future.

“I’d like to thank my teammates who’ve helped me get this award, and the fans who voted for me. It motivates me to work harder and aim to achieve many more awards. For the remainder of the season, we are going to put in more effort to get better results,” said Miheso.

Gor Mahia Captain, Harun Shakava, commended his attacking teammate for bagging the first Player of The Month Award which, he says, provides great motivation for the team.

“I’m urging all my teammates to keep pushing and get the Player of The Month Award. The season has not been that good but we have managed to qualify for the CAF Confederation Cup which is giving us motivation. This award by our sponsors, Betsafe, is motivating us to work much harder,” said Shakava.