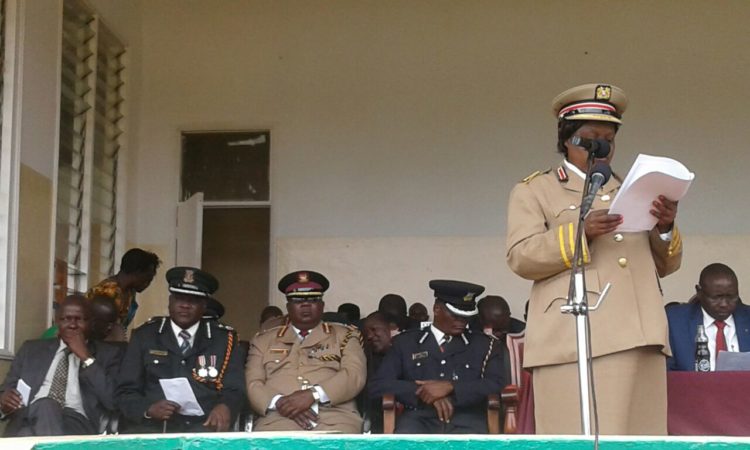 Parallel celebrations of this year’s Mashujaa Day in counties across the country have been stopped.

In a statement issued on Friday,September 24th, 2021,  Interior Principle Secretary (PS) Dr. Karanja Kibicho said the holiday will only be marked in Kirinyaga deviation from the traditional practice where County Commissioners lead similar celebrations at the grassroots.

“Kirinyaga County will be the host for this year’s Mashujaa Day. No celebrations
will be held in other counties as it has always been the case. We don’t want to escalate the spread of Covid-19, and that is why we are freezing similar activities in other counties,” he said.

Dr. Kibicho was speaking after inspecting ongoing works at Wanguru Stadium, in Kirinyaga County the venue for the event on October 20.

Kirinyaga will join Nakuru, Machakos, Meru, Nyeri, Kakamega, Mombasa, Narok, and Kisii that have hosted two of the three national holidays since 2015 when President Uhuru Kenyatta directed that the celebrations be held outside Nairobi on a rotational basis.

According to the PS, the facility is almost 80 percent complete and will be delivered by
October 5th alongside the County Commissioner’s residence in Kerugoya, which will double up as a State Lodge.

“We are satisfied with the progress made so far. From the brief we have received from the construction team, we have never been closer to this level of preparation ahead of national holiday. This and other infrastructure meant to facilitate this year’s event will be  ready by October 5,” he said.