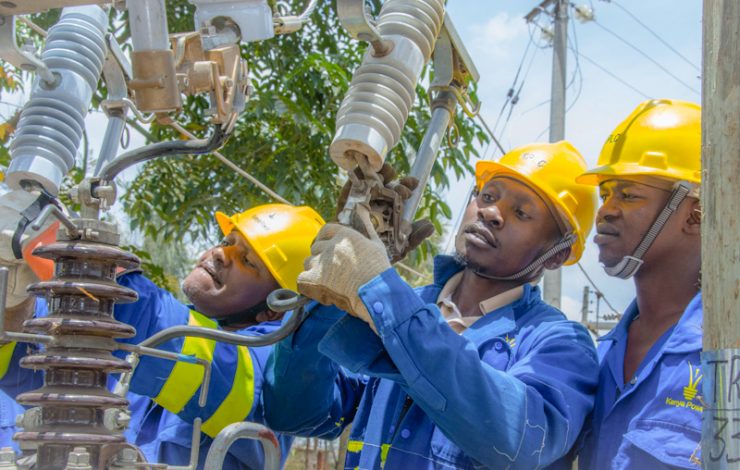 The Kenya Power Company (KPC) has been taken over by the Government in a bid to save it from collapse.

This is after the Government has declared Kenya Power a “special government project” as it takes a more hands-on approach in the affairs of the power distributor.

Interior Cabinet Secretary Fred Matiang’i on Thursday, October 7th, 2021 announced that the government had initiated a restructuring process at the troubled electricity distributor with plans to cut power costs by 30 per cent by December.

Matiang’i said an inter-ministerial team had been set up to “audit KPLC and oversight urgent reforms in the company”. This will mean the government will increasingly play a bigger role in over-sighting the company in which it has a 50.1 per cent stake and is a critical player in the running of the economy being the sole power distributor.

He also announced a planned forensic audit of Kenya Power’s systems that will be spearheaded by the Directorate of Criminal Investigations (DCI). The audit is expected to reveal the extent of the rot in the country’s electricity sector and might claim officials, current and former, within the company as well as the industry who may have had a hand in bringing down the firm.

This comes a week after the mini cabinet reshuffle that saw Monica Juma named the CS Energy while Gordon Kihalangwa was moved to the ministry as the new Principal Secretary. Charles Keter who was the CS Energy became the CS Devolution while Joseph Njoroge until then PS Energy was has been moved to Transport as the PS.

Matiang’i spoke after meeting with the board and management of Kenya Power during he said there were discussions that he termed lengthy and deep.

Following the talks, Matiang’i said, KPLC together with other government agencies would not commence implementation of the recommendations by the taskforce formed in March to look into the Power Purchase Agreements (PPAs) Kenya Power has with IPPs.

Among the recommendations of the taskforce that was chaired by John Ngumi include a reduction in the cost of power by 33 per cent – which President Uhuru Kenyatta directed be done within three months – and renegotiation of PPAs.

“The focus, which we should not lose, is to bring down our electricity bills. Work has started to deal with challenges in the sector with the aim of reducing the cost of power. We have been given a deadline of 90 days by the President we have begun this work today and I am confident that we will achieve the target,” said Matiang’i.

“We are all concern – most of all the President is concern – about the cost of power. Our bills are too high.”