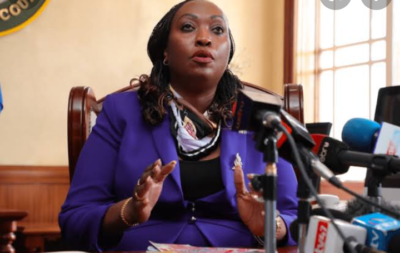 Governor Anne Kananu, the newly-sworn in 3rd governor for Nairobi county has finally settled for Mutunga Mutungi a county chief staff as her deputy.

Mutunga will appear before the county assembly for vetting. In a letter to the Nairobi county assembly speaker Benson Mutura on 17th November, Mutunga was nominated due to his leadership qualifications and gender equation.

“In this regard, and pursuant to section 32C(1)(a) of the county government Act, I do hereby nominate Mr. Paul Mutunga Mutungi to the position of deputy governor,” she wrote.

Mutunga’s nomination approval will be within 60 days by the county assembly after which he will take the oath of office.

“In considering this nomination, I have taken into account his professional qualifications, leadership qualities, gender balance and competencies necessary for the deputy governor’s seat. Mutungi is a wise man and I believe he is up to task to help me as my deputy, so that we can transform this city,” she added.

The governor hinted on the possibility of reshuffling her administration in the coming weeks once she is settled.

“Next move I will focus to reorganize my cabinet as per the law, so that my government shift focus on service delivery.”

After Kananu’s swearing in, she promised to work to her level best as the new governor.