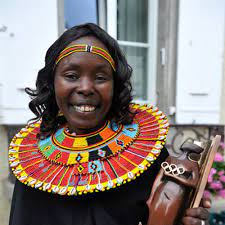 World road race record holder Tegla Lorupe and ex-Kenya Sevens rugby captain Humphrey Kayange have been reappointed to the Board of the Kenya Academy of Sports (KAS) Council.

In a Gazette Notice dated September 24, Sports Cabinet Secretary Amina Mohammed appointed the two sporting greats to the board for a period of 3 years.

“In exercise of the powers conferred by section 35 (1) of the Sports Act, the Cabinet Secretary for Sports, Culture and Heritage appoints Humphrey Kayange and Tegla Lorupe to be members of the Board of the Kenya Academy of Sports Council, for a period of three (3) years, with effect from the 21st September, 2021, ” read the statement.

In 2018, Sports Cabinet Secretary (CS) Rashid Echesa appointed them to the same board of directors.

The latest appointment made by CS Amina Mohammed extends their term on the Board of Directors for a period of three years.

Their mission will be to continue pushing sports reforms in the country in accordance with the Council’s expectations.

The Kenya Academy of Sports chaired by five times World Cross country champion and current National Olympic Committee of Kenya (NOCK) president Dr Paul Tergat is a state-owned corporation established under the Sports Act to develop athletic talent through the formation and management of academies, training and research for global competitiveness and socio-economic growth. sustainable economy in Kenya.

The duo have played a vital role in representing the country as athletes in different fields.

Apart from that, she has played a key role in keeping the peace between warring communities in Pokot and Turkana by organizing marathons through her Tegla Loroupe Peace Foundation. 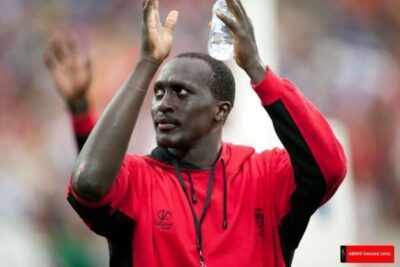 He also sits in the Olympics Kenya Executive Committee as an Athlete’s representative, having represented Kenya as a player for nearly two decades including skippering Shujaa in the 2016 Rio Olympics.

In 2010 Kayange was awarded the presidential Order of Golden Warriors (OGW), was part of the Kenyan squad at the 2009 Rugby World Cup Sevens, reaching the semifinals. He was nominated for IRB Sevens Player of the Year in 2009.