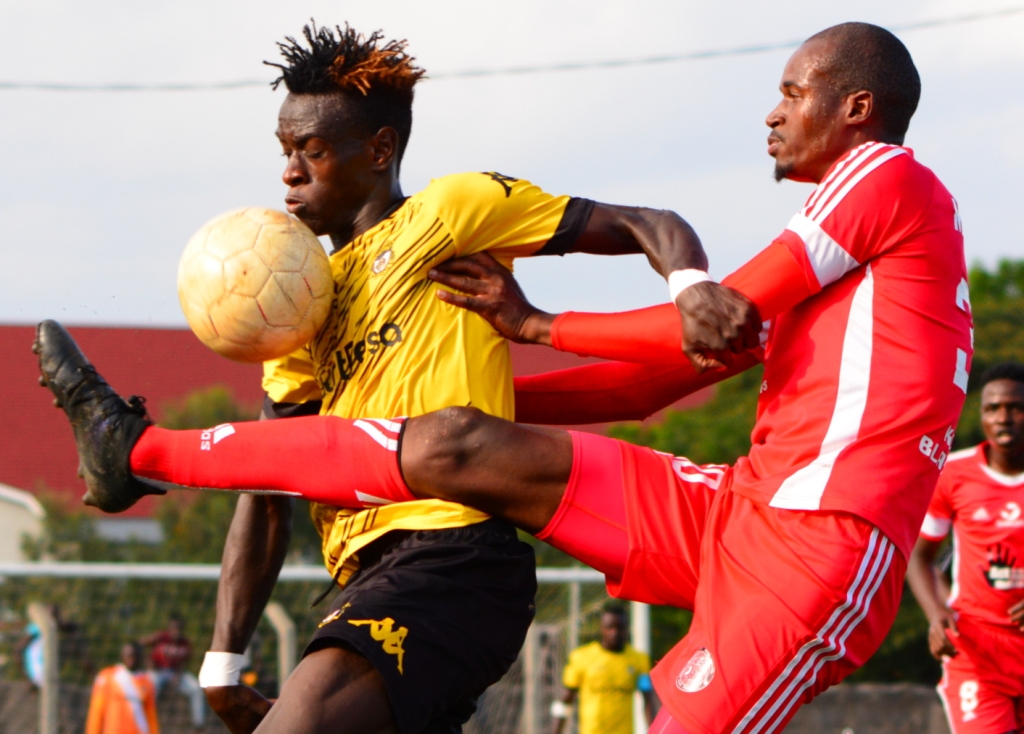 The Betika National Super League (BNSL) ‘Handshake Derby’ ended in a stalemate after league leaders Murang’a Seal and Migori Youth fought to a 1-1 draw at Migori Stadium on Sunday, November 14, 2021.

Migori Youth drew first blood in the 44th minute before Fabian Adikiny netted the leveler for Murang’a Seal in the 66th minute for a share of the spoils.

As the simmering row between Football Kenya Federation (FKF) and the Government intensified, the was a Handshake Derby pitting league leaders Murang’a Seal against Migori Youth

The derby was marked by entertainment of live music by Prince Indah, Deejay Aishah and the Turntable Goddess.

The Handshake Derby was coined to be a showdown between a team from the Mount Kenya region against a club from the Lake region being likened to the truce between political rivals President Uhuru Kenyatta from Central Kenya and opposition leader Raila Odinga from Nyanza.

Murang’a Seal  trounced the 2019 FKF Cup semi finalists SS Assad 4-1 at San Sebastian Park to lead the standings and will be seeking to consolidate their top position as Migori Youth battled to a 1-1 draw against Vihiga United at Mumias Sports Complex.

The law enforcers scored in each half courtesy of Dennis Cheruiyot in the 13th minute and Joseph Oyugi in the dyeing minutes of the match.

The Coastal based side equalized in the 46th minute, three minutes through Hasan Zakaria after the 2020/21 season fourth place finishers went ahead courtesy of a goal scorer Joseph Wanyonyi.

Mombasa Elite weekend winners over for Kenyan Premier league side Vihiga United  have dislodged Murang’a Seal from the top of the standings beating APS Bomet into second place with the same number of points but differentiated by the goal difference.

Mully’s Childens Family (MCF), Mwatate United and Gusii languish at the bottom of the standings with no point after losing their first two opening fixtures.