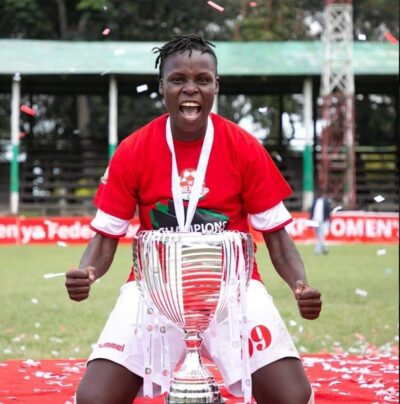 Okere who succeeded David Ouma in April this year will be looking forward to replicate the latter’s performance in the continental show-piece. The team is expected to enter residential camp on Saturday 9, October at the La Mada Hotel.

The return of Ulinzi Starlets striker Neddy Atieno will be an exciting addition for Okere considering her top current form.

If Starlets beat South Sudan in the first round, they will meet either Ethiopia or Uganda in the second round of the qualifiers where the winner from this round will pocket earn a place in the AWCON finals that is set for Morocco.

Starlets are seeking to make a return in the continental competition following the 2016 event that was played in Cameroon whey lost all the group stage matches failing to go past the group stage.

The 2022 AWCON finals will act as the qualifiers of the Women’s World Cup and also as the World Cup where the semi finalists will earn an automatic qualification to the global showpiece.