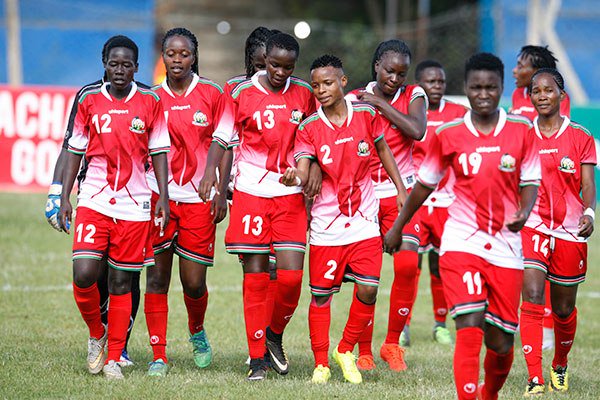 Kenya has withdrawn from the 2022 Total Africa Women’s Cup of Nations (AWCON) qualifier to hand Uganda a direct ticket to Morocco for the tournament.

Ugandan football governing body, FUFA, announced that the country’s women team, famed as the Crested Cranes, has qualified for following the withdrawal of Kenya’s Harambee Starlets.

The Crested Cranes, who entered their training camp this week, were supposed to face Kenya in their last qualifying fixture in February, but FUFA says it has received communication CAF that Kenya has withdrawn from the competition.

The first fixture between Kenya and Uganda was slated for February 17 while the return leg was to be played on February 23.

“We regret to inform you that we have just receive Kenya FA a correspondence (sic) informing us of their withdrawal from Women AFCON- Morocco 2022,” the statement read as reported by FUFA.

“Consequently, matches 45 and 46 are cancelled as well as the missions of all designated officials. Uganda is automatically qualified to the next round of the competition,” the statement added.

This will be the second appearance for Crested Cranes at the Africa Women Cup of Nations with the first coming in 2000.

This year’s edition will be held in Morocco in August.