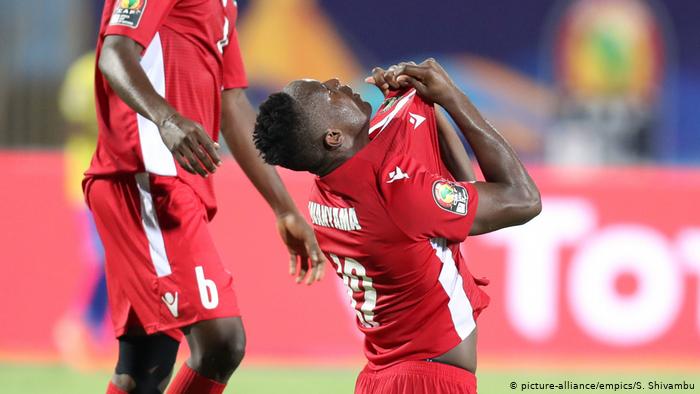 Harambee Stars former captain Victor Wanyama has made an announcement of retiring from international football following a 14-year stint. Wanyama who is the first Kenyan to play in the English Premier League (EPL) made the announcement on Monday 27, 2021.

“From making a debut against Nigeria to captaining the team at the African Cup of Nations finals in Egypt, these past 14 years have gone beyond what I ever thought possible. We have shared great moments together and I am proud to have been your captain and leader. But all good things must come to an end eventually; and after a long consideration, I have made the really difficult decision to retire from international football,” read the statement.

The 30-year old who pies his trade with Canadian outfit Montreal Impact in the Major League Soccer added; “The time has come to hand over the team to the next generation so that they too can make a mark and help the country reach even greater heights. I hope to return one day to help the federation off the field but until then, I will still be The Harambee Stars’ biggest supporter and I will be cheering you guys on from the sidelines.”

Wanyama was stripped off the National Team’s captaincy by then head coach Jacob Mulee where he handed it to Michael Olunga.

The defensive midfielder has 64 caps and seven goals for The Harambee Stars after making his debut in 2007 in a friendly match against Nigeria.

“Football Kenya Federation wishes to thank former Harambee Stars captain Victor Wanyama for his immense contribution, dedication and service to the national football team, Harambee Stars. Victor will forever occupy a special place in the history of Kenyan football and the national team. His retirement from international football is the finish line of perhaps the most influential national team career of recent times,” a statement from the local governing body Football Kenya Federation read.

His breakthrough came when he signed for EPL side Southampton FC from Celtic FC. Wanyama’s three-year stay at Southampton came to an end has he made another milestone in his career  after he was signed by EPL side Tottenham Hotspurs on a five-year contract in 2016.

“Most importantly, he will remain one of Kenya’s greatest international players, who offered so much to Kenya over the last 14 years including captaining the team during the AFCON Tournament. He is a rare gem, a special talent that this administration is most privileged and honoured to have worked so closely with,” a statement from FKF read.

The statement added; “The federation remains cognizant of Victor’s contribution to Kenyan football and believes the country will continue to benefit from his leadership and experience in the future. The door will always be open for Victor to contribute to the development of the game and the national team.”