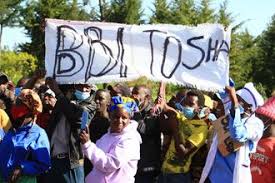 Heartbreak for BBI Supporters at the Supreme Court 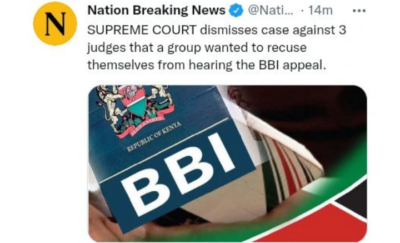 BBI yet again faces a major setback after the supreme court rules against their petition in that it lacks merit.

In today’s Court hearing at the Supreme court, the court has ruled out that Siaya MP Hon.James Orengo who is also ODMs lawyer, Hon.Paul Kihara and Hon.Gatonye who is the president’s lawyer, did not follow the right procedure when filing the case from the court of appeal.

The deputy chief justice Philomena Mwilu argued that the three did not act as if they were protecting the wellbeing of Kenyans but rather they acted in defense of the “Masters” who sent them.

The court was to rule on the petition that was presented to court for questioning the exclusion of the three judges which were barred from hearing the BBI case.