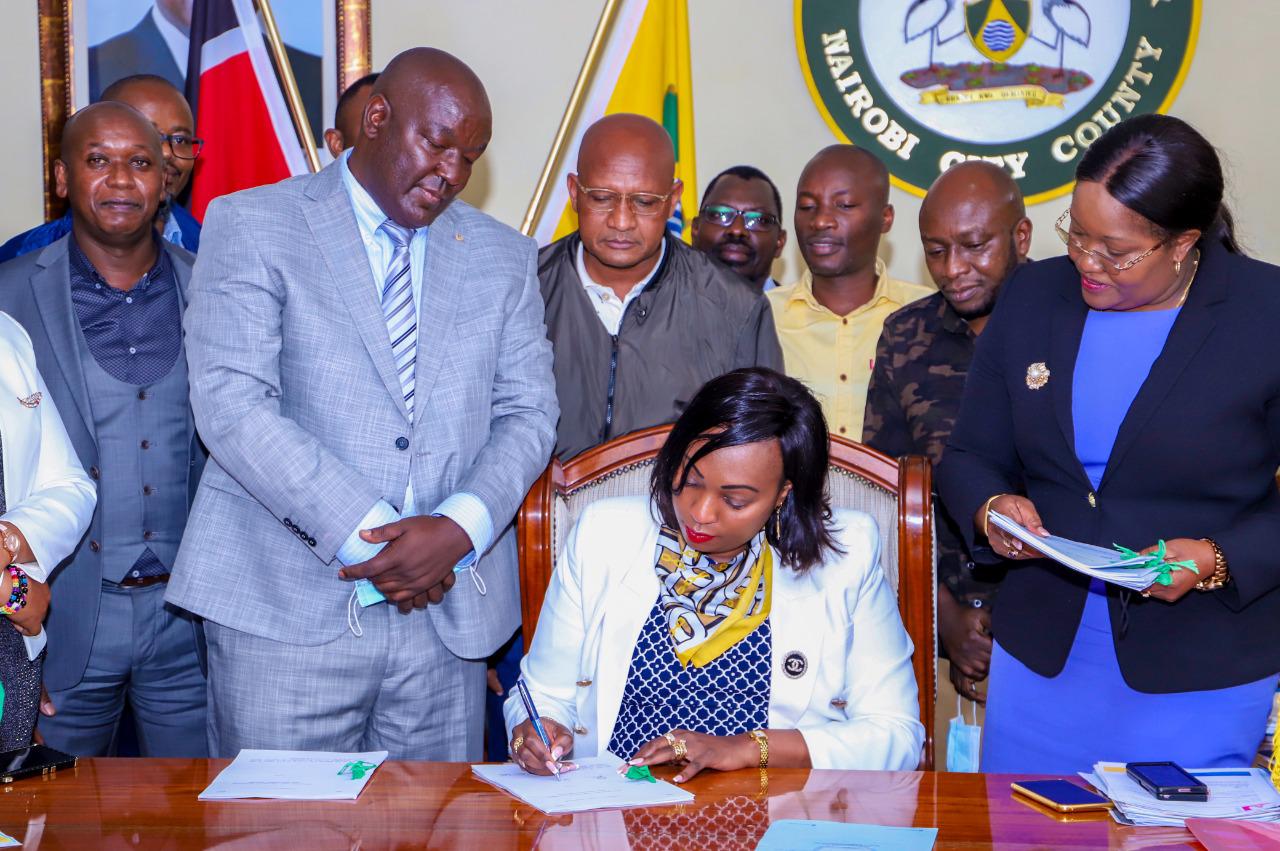 If you blow your nose without a handkerchief or tissue paper in Nairobi, you risk being fined anything between Sh10,000 and Sh500,000 or an imprisonment term of between six to 12 months.

This also applies to when you are caught urinating in undesignated spaces, spitting on the streets, sleeping in kitchens or food stores, among other misdemeanors.

These are part of new rules and regulations that are aimed at keeping Nairobi clean and hygienic.

They are contained in the Nairobi City County Public Nuisance Bill, 2021 that has now been signed into law.

Acting Nairobi Governor Ann Kananu said Nairobi residents should familiarize themselves with the new law to avoid being caught offside.

“Nairobi is the face of Kenya. We all need a clean and hygienic environment to live and work in,” she said.

It also prohibits residents from allowing trees and hedges in their homes or places of work to obstruct streets or footpaths.

A person found flouting the new law will be liable to a fine of anything between Sh10,000 and Sh500,000, and imprisonment of six to 12 months depending on the offense committed.

The acting Governor said county officials should take this matter with seriousness in order to bring sanity in the city.

“This is part of what we promised our great people of Nairobi. We must work round the clock to achieve this. A healthy environment is paramount to all of us,” Kananu noted.

“The Act empowers the county to take all lawful, necessary and reasonable practical measures for maintenance of the county at all times in a clean and sanitary condition, abatement and prevention of public nuisance and remedy any nuisance,” she said.

County executive member for Environment, Energy, Water and Sanitation Larry Wambua thanked Riruta MCA Kariuki Kiriba for coming up with the bill at the assembly and ensuring that all stages were well articulated and now signed into law.

He added that he will work tirelessly in ensuring that all is achieved as ordered by acting Governor Kananu.

“This is an order from our boss and our work henceforth is to work tirelessly in ensuring that the city comes to order,” he said.

Kiriba thanked the executive, especially the acting Governor for her cordial relationship with the assembly members in ensuring that Nairobians get better services.

“We thank everyone and more so the executive. This has been a long journey, but we have now achieved what we aimed,” he stated.

Gesare Gichana September 19, 2021
Four teams have confirmed their place in the semi finals of the Football Kenya Federation(FKF) Women Cup following their wins in the last eight clashe [...]
Football

Arsenal Beat Burnley to Secure Back to Back Wins