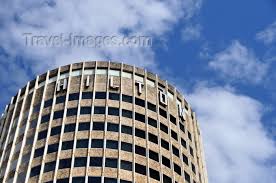 Hilton Hotel will close its doors on December 31, 2022 after 53 years of operations in Kenya.

The Kenyaonlinenews.com, understands that several staff members will lose jobs following the decision to shut down the iconic hotel, which has already been communicated to the Kenya Tourism Board.

The Five-Star hotel began operations in the capital city on December 7, 1969 after it was opened by the then President Jomo Kenyatta.

A director of the  Kenya Tourism Board (KTB) confirmed to Kenyaonlinenews.com, that the agency had received a notice from the hotel, alerting it that it will cease operations at the end of the year.

“I can confirm that Hilton Hotel will shut down in December. We have received the notice. I’m not sure what has occasioned the decision, but I know business has not been looking up for the hotel, especially after Covid-19 struck,” the KTB official told the Kenyaonlinenews.com in confidence.

Hilton’s other facilities in Hurlingham and Mombasa Road (Garden Inn), which is seven kilometres from the Jomo Kenyatta International Airport (JKIA), will continue operating, the company said in its notice to KTB.

Some employees, who would be laid off following Hilton CBD closure, will be absorbed by the two surviving Hilton Hotel facilities. Even though the hotel’s landmark building remains, its sudden disassociation with Hilton will alter the dynamics of Nairobi’s Central Business District (CBD).

This is because Hilton has been more than a hotel. It is a key city landmark alongside the Kenyatta International Convention Centre (KICC), The National Archives and Afya Centre.

Cylindrically shaped and towering well above its immediate neighbours, Hilton Hotel has offered one of the easiest reference points for people seeking to give directions, or planning to meet. It is also possibly straddled by downtown and uptown, two subsets of the same city that are as different as day and night. Next to Hilton on one side is a bus station that ushers one into the downtown sprawl which is, more often and not, teeming with activity even in the narrowest of alleys.  On the other side, some of the quieter businesses sprout and beyond them, even quieter streets and more expensive premises.

And while the CBD always boasts some of the finest hotels in the land, every Tom, Dick and Harry knows Hilton. They have either seen it or mentioned it when explaining directions. By any other name, the building might not look the same. Kenyans happy with status quo might struggle to adapt to a new name; the building will probably remain Hilton Hotel for a long time.

The Hilton Hotel in the CBD is a five-star facility that boasts of 287 rooms. Out of these, 45 are twin rooms, 185 are doubles, 22 are pool rooms, 27 are executive rooms and seven offer suite services.

It has been popular among high-end customers, including diplomats, government officials and wealthy members of society.

After its launch in 1969, it became an instant hit with the customers who would travel to Nairobi for conferences.

Pundits, however, say its strategic location at the heart of the CBD, which was once upon a time its main advantage, has now turned into its disadvantage with the high-end clientele avoiding congestion and noise in the CBD.

The hotel is surrounded by a bus terminus near Kencom House, restaurants and nightclubs and the high foot-traffic area around the National Archives. Some customers, who had on several occasions checked into Hilton, also lamented about lack of adequate parking.

Hilton takes pride in being a luxurious hotel located near an internationally-recognised conference facility, KICC. “A central Nairobi stay near the KICC. We’re in Nairobi’s CBD, within blocks of the KICC and the Masai Market. Enjoy city views from our tower rooms and relax in our outdoor pool, spa, steam room, and sauna,” says Hilton on its bio.

The government has a 40.57 per cent stake in Hilton, whose parent company is the International Hotels Kenya.