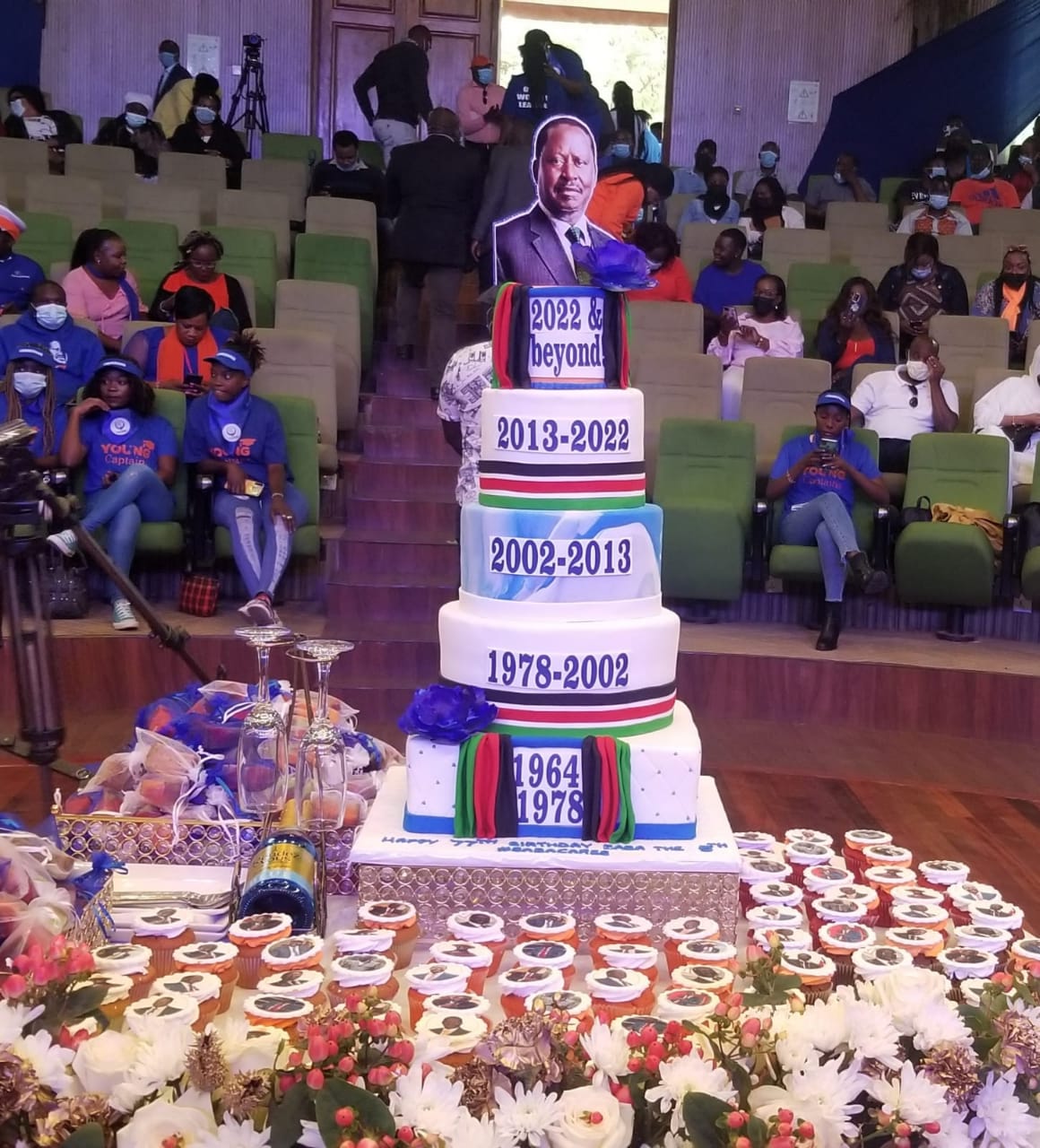 How Raila’s birthday was planned

This as the Orange Democratic Movement (ODM) and Azimio la Umoja leaders celebrated his birthday a month since he announced that he will be vying to be Kenya’s fifth President during the August 9th 2022 elections. 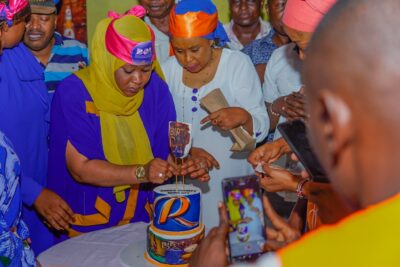 The initiator and executor of the plan to have Odinga’s birthday celebrated simultaneously across all the 47 counties Julius Owino, popularly known as Maji Maji, the pomp and colour that was witnessed was as a result of concept he mooted in Siaya last year during one of Odinga’s meetings.

According to Owino Majimaji, this was the last birthday that the Azimio la Umoja leader celebrates before his fifth stab at the Presidency at this year’s general election and initiators of the idea found it fit to have Odinga celebrate with the people and offer the people of Kenya an opportunity to celebrate the ODM leader who turned 77.

Along with leading Kamkunji parliamentary aspirant Maureen Arua, Cathy Irungu Resource Mobilization Director at the hub, Majimaji, who is also eyeing the Seme constituency seat, embarked on delivering a celebration that was aimed to as well identify with Raila Odinga’s contribution to devolution in the country.

“We decided that the cake will be cut at the same time in all 47 counties at 11:47 AM (11 to offer convenience and 47 for the devolved units. We salso had to have one grand cake that was cut at Bomas of Kenya,” Majimaji said.

Pomp, color, and style characterized the celebrations at the Bomas of Kenya where the main celebrations were held, the theme color was blue, orange, and white for the guests at the invite-only event that was graced by the who and who in the political and business circles.

During the event, Odinga mingled freely with the youth who dominated the event before he went for an evening party where he was accompanied by various leaders in the Azimio la Umoja Movement led by Nairobi County Gubernatorial aspirant Richard Ngatia who is the president of the Kenya National Chamber of Commerce and Industry.
According to Majimaji, the 5-tier cake was symbolic of the stages that the country has undergone since independence. 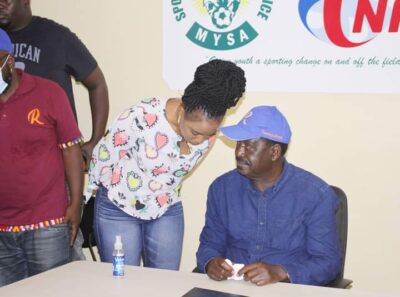 The cake depicted Odinga’s confidence of victory with its fifth tier symbolizing his presidency in 2022.
Majimaji explained that the first tier of the cake labeled 1964-1978 represented the first regime in independent Kenya under President Jomo Kenyyatt, The second tier 1978-2002 represented the leadership of President Daniel Arap Moi, the third tier 2002-2013 the reign of President Mwai Kibaki, the fourth tier of the cake signified governance of President Uhuru Kenyatta and the fifth tier signified his expectation to become the next president in the next election set for August 2022..
“Odinga cut the cake at the Bomas of Kenya which was symbolic of the 47 devolved units in the country. The young ordinary people are the ones who cut the cakes across the counties. The Mobilised themselves and all Ihad to do was to give a template, cake design and theme colours,” Majimaji offered.

After the party, Odinga witnessed a football match between Kayole FC and Wajiji FC at the MYSA grounds in Komarock.