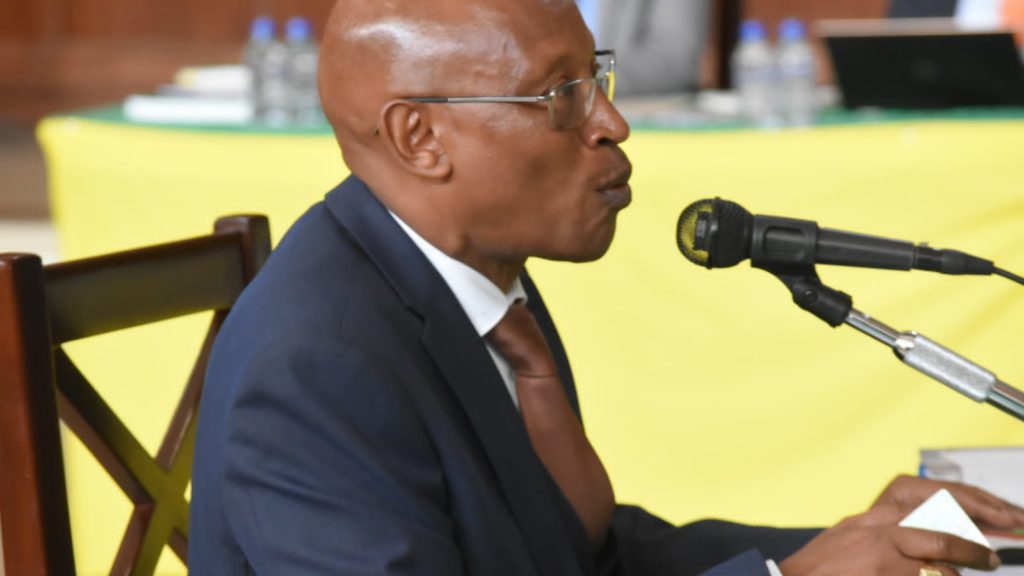 Mwangi who is serving as the Nairobi County Lands Chief Officer before being nominated to be CEC told the vetting panel that he has Sh12.5 million in various bank accounts, various unnamed assets and a surveying firm worth hundreds of millions.

Mwangi who was the first to face the vetting committee said that most of the wealth is from rentals which he started putting up in 1987.

Mwangi who was the first to face the vetting committee said that most of the wealth is from rentals which he started putting up in 1987.

“The wealth I have accumulated is as a result of many years of hard work, my employees and my family run the business so I can confirm there is no conflict of interest between my work and personal business,” Mwangi told the committee.

Asked why he should be given the job given his advanced age and wealth, Mwangi pleaded with the MCAs to allow him to serve because “even during the general elections, 6.9 million Kenyans voted for a person who was way older than me.”

But the 65-year-old Mwangi was at pains to explain what new he would do in the sector.

Mwangi has served in the City Hall since 1985 in the lands sector and from 2017, he has been working as the Lands chief officer.

He also served concurrently as deputy director in charge of Lands in the defunct Nairobi Metropolitan Service.

Ngara ward MCA Chege Mwaura accused him of lacking a new vision for the sector and the issues of land grabbing, demolitions and title deed fraud had become rampant under his watch.

Mwangi denied any of the adverse allegations.

Mwangi was the first nominee to be vetted by the panel in process which was initially scheduled for November 14th, 2022 was halted by the High Court.

However, before the vetting process could commence on November 14, the ELRC on November 9, 2022 granted ex-parte conservatory orders suspending the approval process pending the hearing and determination of an application lodged before the court.

The decision by the Court followed an application by the Association of Muslim Lawyers and the Nubian Rights Forum.

The lobby groups argued that the list of the nominees was not representative as no individual from the Islam group was shortlisted yet they contribute 30 per cent of Nairobi City County’s GDP.

However, the vetting of Governor Johnson Sakaja’s cabinet nominees proceeded after the High Court dismissed a case challenging the nomination.

Nairobi County Assembly Clerk Edward Gichana, in a public notice, said the nominees will be vetted in a one-day marathon with each of the 10 nominees given just 45 minutes to convince the select Committee on Appointments of their suitability to hold the dockets they have been nominated for appointment to.

“Now therefore, pursuant to the provisions of section 7(4) and 7(5) of the Public Appointments (County Assemblies Approval Act 2007), notice is hereby given to both the nominees and the general public on the resumption of approval hearings to be undertaken by the County Assembly’s select Committee on Appointments in Charter Hall, County Assembly Wing, City Hall Buildings on Tuesday December 6, 2022,” read in part the notice dated December 3, 2022.