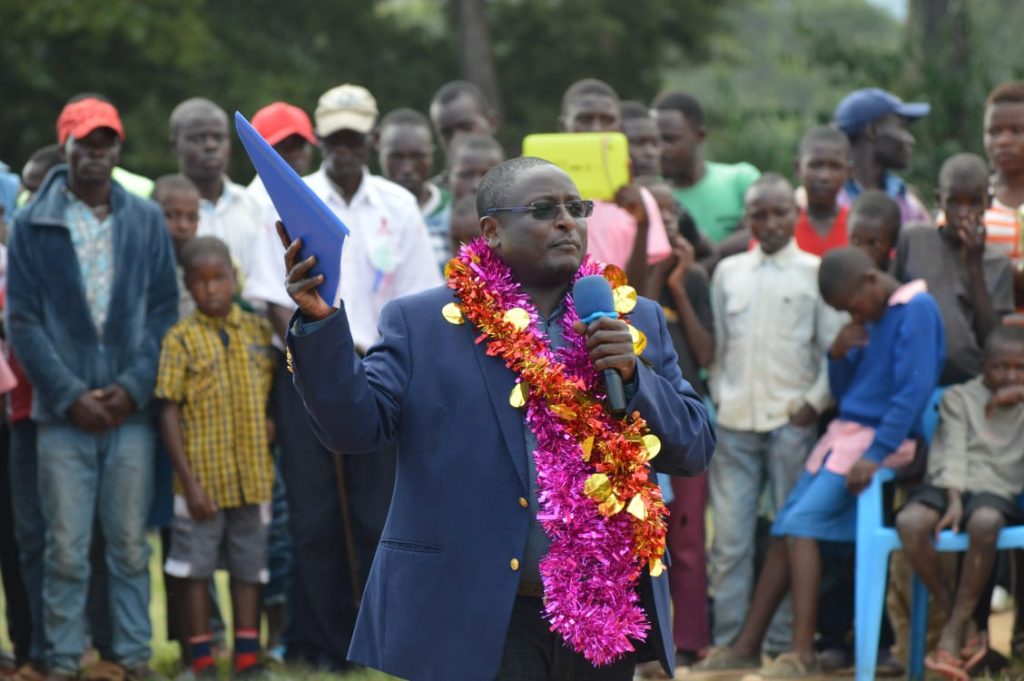 “I want to be Vihiga Governor in 2022,” Senator Khaniri Declares

Vihiga Senator and former assistant minister George Khaniri has formally entered into the race for the county’s Governorship in the forthcoming 2022 general elections.

Speaking at Vihiga Cultural Grounds, Khaniri said most of the residents were impressed by his performance as a senator,” and they have been mounting pressure on me to go for the county top job.”

“Having listened to the voices of the people from all the 25 wards and sought the guidance of the Almighty God, I have made up my mind to go for the governor’s seat in next year’s General Election,” said Khaniri.

According to him, most of the residents are convinced that he will deliver as governor given his impressive development track record as a senator.

The senator lamented as stagnation in the county in the hands of Governor Otichillo and the latter’s predecessor, Akaranga.

“As regards our great county, a huge proportion of devolved functions under the care of the former governor, Akaranga and now Ottichilo, remain largely mismanaged, either due to lack of goodwill on the part of the two regimes or lack of capacity to execute the functions or both. It’s unfortunate that Vihiga County has nothing to show despite receiving more than Sh36 billion in the past two terms,” said Khaniri.