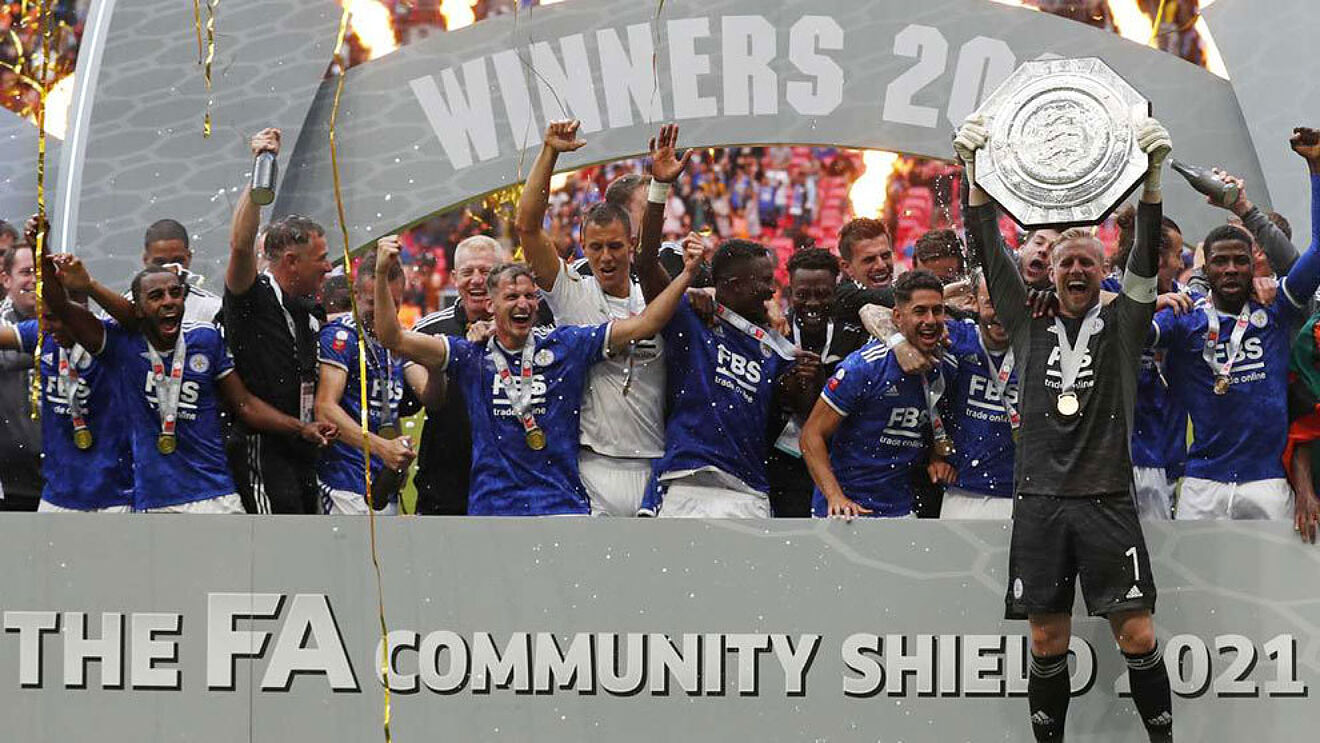 Leicester won their first game against Manchester City outside league competition since a 4-3 victory in the FA Cup back in February 1968, having been winless in 12 matches in such games prior to today.

Leicester City left it late in London to send Manchester City home disappointed as Nigerian frontman Iheanacho converted the winner against his old club 11 minutes after coming on.

The meeting of last season’s Premier League champions and FA Cup winners looked to be heading for penalties, but Iheanacho struck from the spot into the top corner with a minute remaining after being tripped by Nathan Ake.

Iheanacho became the first player to score a penalty in a Community Shield final – excluding shootouts – since Gary McAllister for Liverpool v Manchester United in 2001.

In his ninth game in all competitions against his former side, Iheanacho scored his first goal against Manchester City with what was his sixth shot attempt against the Citizens.

Leicester supporters have experienced five years of football that would have been beyond their wildest dreams – shock Premier League champions in 2016, surprise FA Cup winners last season and now heading into the new season in ideal fashion by clinching the Community Shield.

Manchester City boss Pep Guardiola: “Congratulations to Leicester. I am more than satisfied with how we played. Many things were really good, the young players were excellent.

Excluding 2019, when Manchester City appeared as Double winners, the FA Cup winners have won the Community Shield in six of the past seven campaigns, with the exception being Manchester City’s 2-0 win over Chelsea in 2018.

Manchester City have lost three of their past four matches at Wembley Stadium, as many defeats as in their previous 15 games at the venue (W9, D3).

Leicester City have won three consecutive matches at Wembley Stadium without conceding a single goal, having lost three on the bounce at the stadium before this run.

Manchester City have lost four of their past six games in all competitions (W2), as many defeats as in their previous 53 matches combined (W43, D6, L4).

Leicester open their Premier League campaign with a home match against Wolves on Saturday, August 14th, 2021, while Manchester City are away at Tottenham on Sunday.