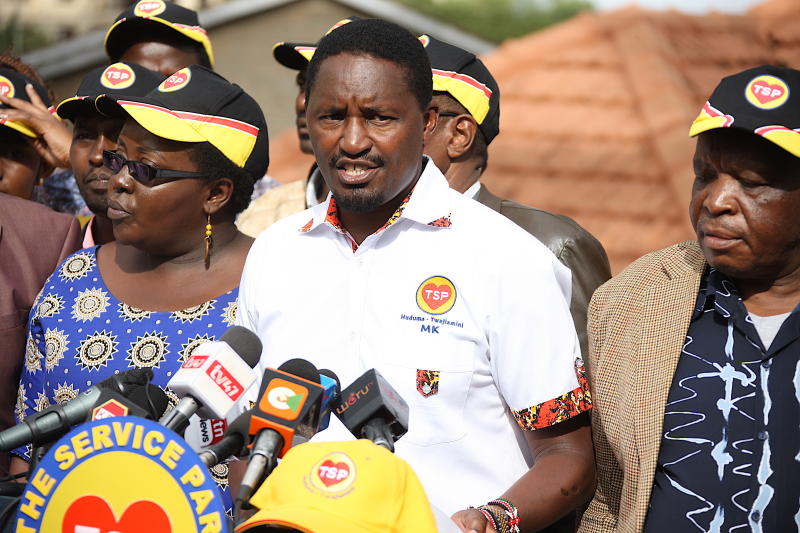 Speaking during a rally in Nyandarua county on Sunday, June 12, the Kenya Kwanza principal urged his colleagues in the coalition to emulate Azimio’s planning style, noting that the openness had made the Raila-Odinga-faction grassroots level amass massive popularity.

In our coalition of Kenya Kwanza, you notice we are always fighting each other, but the other side in Azimio – they have planned their government. They know who will be who and what everyone. However, in Kenya Kwanza even insiders like myself are not aware of what is happening,” the former Agriculture CS noted.

Kiunjuri went ahead to refer to Azimio as his coalition, urging the Nyandarua residents to support their bid.

This, however, raised an eyebrow from TSP politicians who seemed astonished at the remarks.

“As leaders of the country within Azimio, we have decided that Mt Kenya will elect the best leaders across all counties including Nyandarua, Laikipia and Meru. This is because those leaders will vouch for our interests in parliament.”

“The leaders of the mountain need to be keen as we have alienated ourselves. If you look closely, other people have secured their interests in their specific region while we fight amongst ourselves. When we fight, the others take advantage and divide the wealth of this country,” he stated.

The former Ruto ally also hit out at Ruto’s camp, saying those leaders allied to UDA have been singing about Ruto and the party in the region instead of advocating for developmental agendas that will ensure the region is on the negotiating table after August.

Speaking on Friday, June 10, when he toured Tharaka Nithi county to campaign for the TSP candidate for the county’s Woman Representative post Susan Mwindu, Kiunjuri said Ruto’s UDA and Raila’s Azimio la Umoja camp should come out and share their memorandums so that the people of Mt Kenya region can understand what the two have for them should any of them get elected.

He said the two should not take the Mt Kenya region as a voting basket and a bridge for them to cross over to the presidency.

“If you are a leader and want our votes, we should set records straight and tell us the plans you have for our people. We want to know how hour rice, green yams, tea and the rest are going to get market and all the plans to have our people get roads and connected to piped water,” he added.