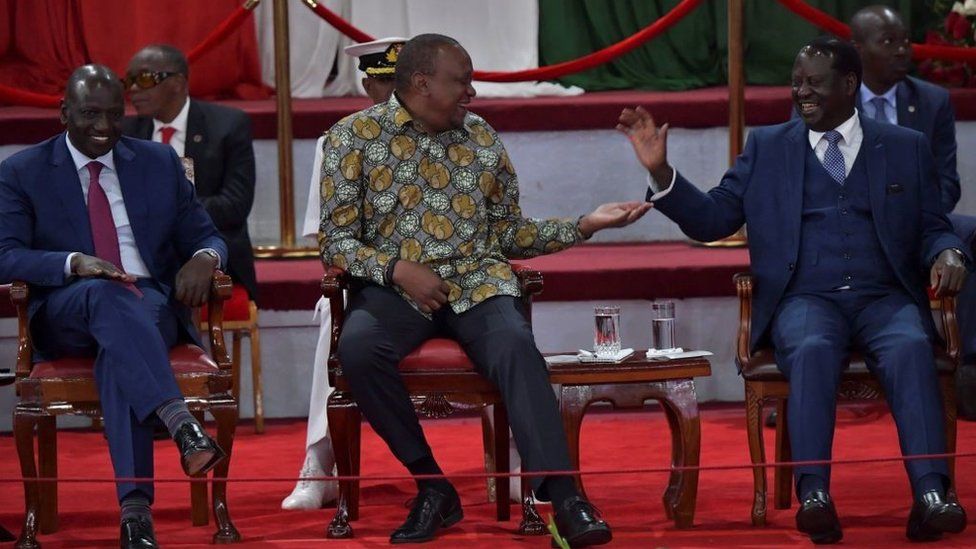 However, the president is aware that the Orange Democratic Movement leader Raila Odinga, immediate Baringo senator Gideon Moi, and former president Uhuru Kenyatta are amongst those who will stand in his way to try and block his winning chances for the second time.

Those familiar with the plans believe that the Wiper leader Kalonzo Musyoka will play a significant role in these power games even if it means the three dynasty families rallying their efforts behind him and financing his political activities across the country.

Consequently, Ruto being a smart politician is said to be working on a number of strategies that will make him win the majority of Kenyans when they head to the ballot again.

Key amongst them is his plans to form one major political party. Sources disclosed that the president might either be forced to build upon the United Democratic Alliance (UDA) and make it big or come up with a Kenya Kwanza political party.

It was also revealed that Ruto’s move to have one political party has been bolstered by the likes of Amani National Congress leader Musalia Mudavadi and Ford Kenya party leader Moses Wetangula joining his side and singing his tune. The two leaders from the Member Nation have so far been appointed to the most powerful positions in the Kenya kwanza administration.

The president will further persuade the likes of Amason Kingi, Alfred Mutua, and Moses Kuria to fold their regional parties so that they form one major outfit that will make their competitors regret politically in the next general election.

The second strategy president Ruto plans to use is the fight against corruption. Sources close to the statehouse revealed that the president understands that corruption talk was one of the greatest obstacles prior to the 9th August general election with leaders from Azimio branding him as very corrupt. As a result, Ruto is keen on doing away with that tag by ensuring minimum or no corruption in his government.

According to his key allies, Ruto reportedly warned his new cabinet to avoid corrupt practices, insisting that no one would be spared this time round.

Most importantly, the president understands very well that he may not get another chance to serve Kenyans if he fails to fulfill his many manifestos. Thus, the head of state is said to be doing all he can to fulfill most of the promises from year two so that Kenyans have a reason to re-elect him in 2027.

“The president knows very well that Azimio guys are praying day and night to see his government fail. let me tell you, he will prove them wrong once again.” Said the source, adding that the president is the one controlling the deep state and defeating him might just be an empty dream.