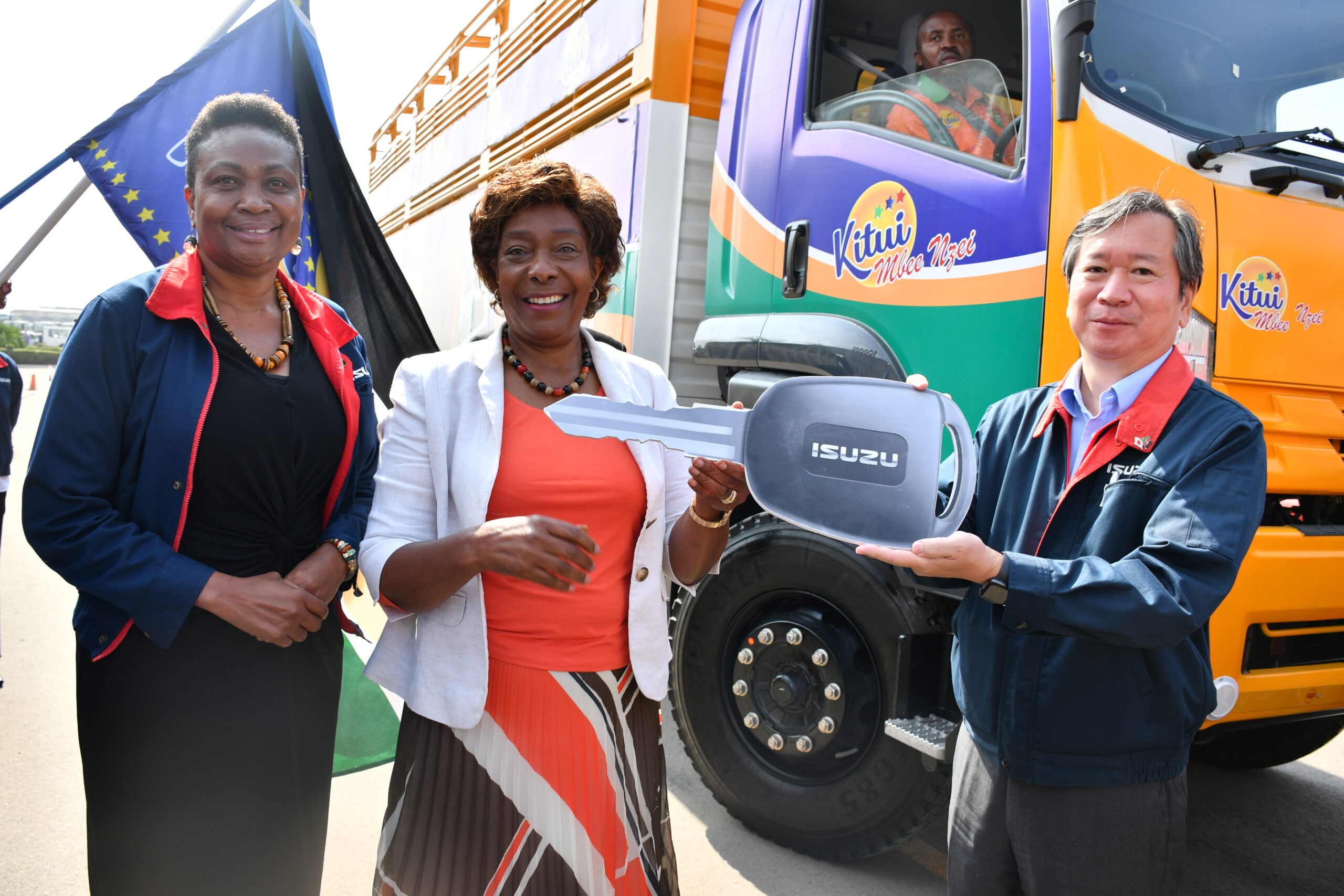 The trucks are part of the Kitui County Livestock Project initiated to support livestock traders ease movement of animals to markets and the three abattoirs in the county.

The specially built FVZ Isuzu trucks are part of the company’s logistics support program where vehicles are developed with input from customers to suit specialized customer requirements.

This initiative is meant to minimize the hundreds of millions in financial losses incurred by livestock farmers and traders when the animals trek long distances to the markets.

While receiving the trucks, the Kitui County Governor Charity Ngilu,  reiterated the difficulties farmers in Arid and Semi-arid Lands (ASAL) struggle with, including loss of livestock due to harsh weather or loss of quality and value during long treks to markets.

“Our livestock traders lose hundreds of millions of shillings annually walking cows to abattoirs or markets in an already dry and arid environment. These trucks will ensure animals get to the market in the shortest time possible and in good condition,” said the Governor.

The Governor and her team were taken on an extensive tour of the Isuzu East Africa assembly Plant situated along Mombasa Road before taking charge of the new cattle carriers for Kitui County.

Speaking at the truck handover ceremony, Isuzu East Africa Chairman Hiroshi Hisatomi, acknowledged the partnership with customers which has propelled Isuzu to the top as a local vehicle assembler.

“We have designed purpose-built vehicles that can be fitted with cooling equipment for transporting perishable commodities including meat products and horticultural produce (Cold Chain Solutions), vehicles for Kenya Power, tea leaf transporters and much more. Therefore, the design and production of cattle carries is yet another demonstration of our flexibility and proficiency to logistically support our customers according to their needs”. Hiroshi said.

Rita Kavashe the Isuzu East Africa Managing Director observed that agriculture being the leading economic activity in Kenya was also the largest employer.

“As at 2020, more than 83% of Kenyans were employed or earned their living from the Small and Micro enterprise sector of which agribusiness still accounts for a significant chunk,” she said.

Ms Kavashe acknowledged the remarkable steps that devolution had taken in empowering Kenyans through such county government initiatives.

“It is very encouraging to see how the implementation of the Big 4 Agenda is taking shape in Kitui county. Notably, today’s handover ceremony is a win for manufacturing and Food security which are two pillars of the Big 4 Agenda.” she said.

It is estimated that over 60% of Kenya’s livestock is produced in the Arid and Semi-arid Lands (ASAL) which cover the bigger part of Kenya’s territory, including Kitui County.