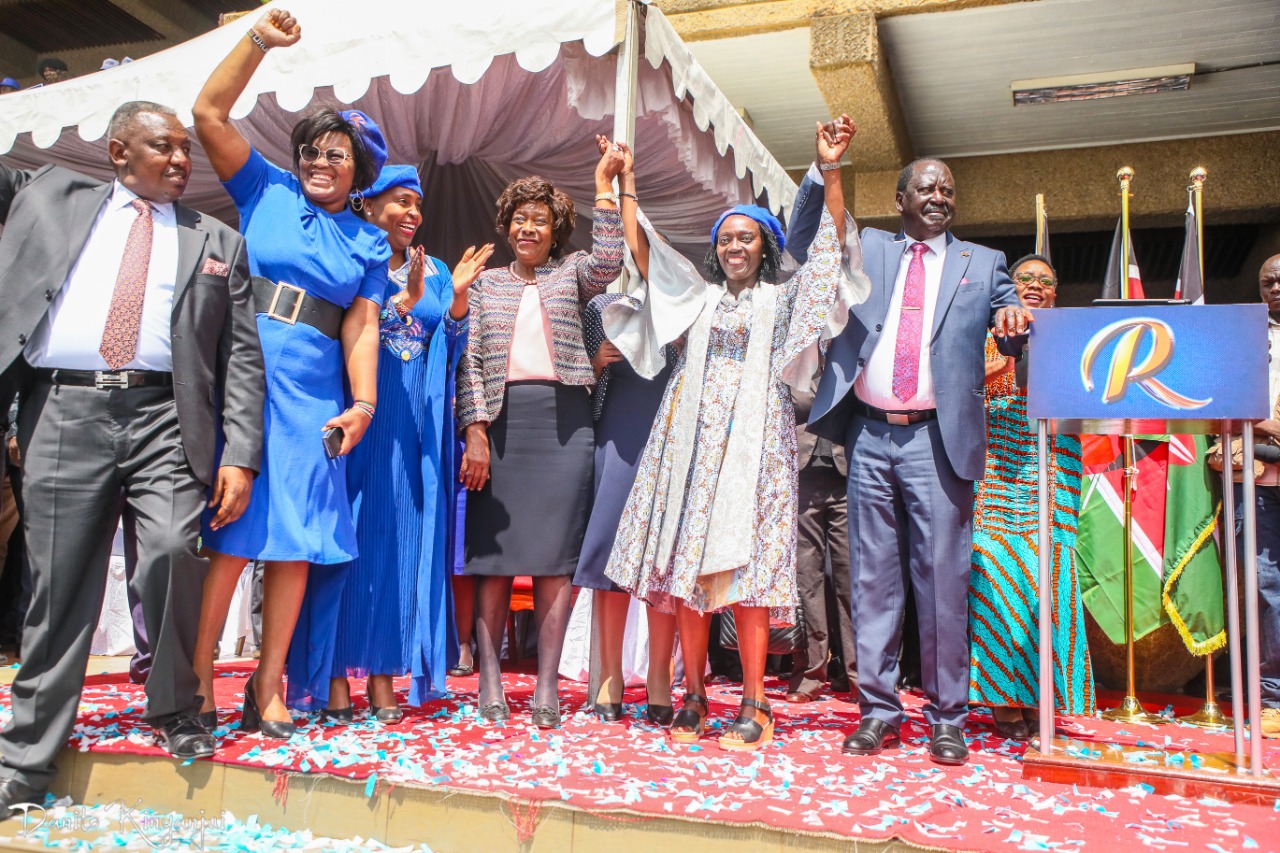 Karua will serve as the Deputy President and Cabinet Secretary in charge of Justice and Constitutional Affairs.

” The office of the Deputy President is a workshop of the president, therefore the occupant of the office must not be a competitor of the president but a co-worker,” Odinga said today in Nairobi sending the crowd into a frenzy.

“History is calling us to produce our first female Deputy President,” Odinga explained in detail.

Karua beat a list of 11 candidates who appeared for vetting before a selection panel that shortlisted three candidates and forwarded the names to Odinga for a final decision.

Karua is a renowned Kenyan political leader, human rights defender and reform champion with a deep commitment to social justice, the rule of law and the building of accountable institutions.

A lawyer by profession, Karua started her law career in 1981 as a Magistrate, before venturing into private practice as a founding partner of one of the most successful women-led law firms of the time- Martha Karua & Co. Advocates.

She was the first woman elected Member of Parliament in Gichugu constituency paving the way for the election of women in Kirinyaga.

For more than six years, Martha served as a Minister in the Government of Kenya in charge of various portfolios.

Between 2005 and 2009, she was Minister for Justice and Constitutional Affairs, under whose watch Kenyan new and most progressive constitutional dispensation was promulgated.

KANU Party chairman Gideon Moi who had earlier been shortlisted opted out of the race to endorse Kalonzo.