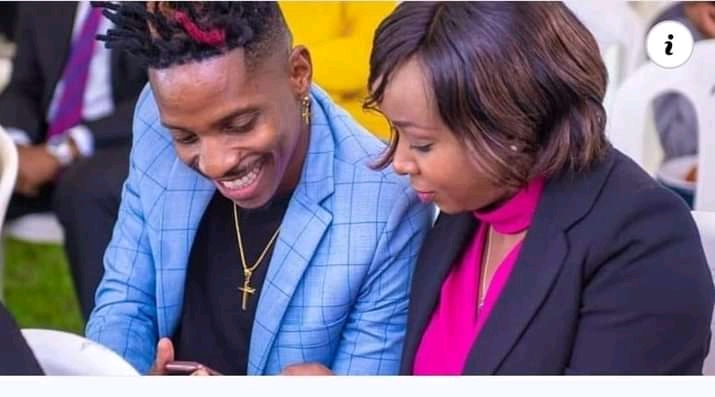 “It was one night stand, we used protection and she refused to take a DNA test,” Erick omondi address claims he is a deadbeat father.

Early this week, Eric Omondi posted a picture of him with Miss P and hinted to the public that they are expecting a child together after they had a thing during a past function.

This revelation was however not received well by Jacque Maribe who is Eric’s baby mama as we have known for quite a long time.

The two met when Eric was working for Radio Jambo and Maribe worked as a reporter at Kiss Tv. It was then that they first went for a date at Java Sarit Center, according to Eric.

Their affair became evident after being spotted severally together in social venues. It was during Maribe’s all-white birthday party when the two were spotted having a passionate kiss by Paparazzi. Eric later claimed that it was not a romantic kiss only that he did it because it was her birthday.

Maribe has busted Eric for being a deadbeat father as he was not offering child support. Eric embarked on this by saying that he has been requesting for a DNA test for the child which the mother does not want to offer, for 7 years now.

He says that he used protection and that he is not sure if that baby is his, yet again he says he has been supporting the child especially during the period when she was in custody for murder charges.

The close friend to the two says that when Eric dumped Maribe she was highly affected and the friend disclosed that he has been footing child support bills since the birth of the child in May 2014.