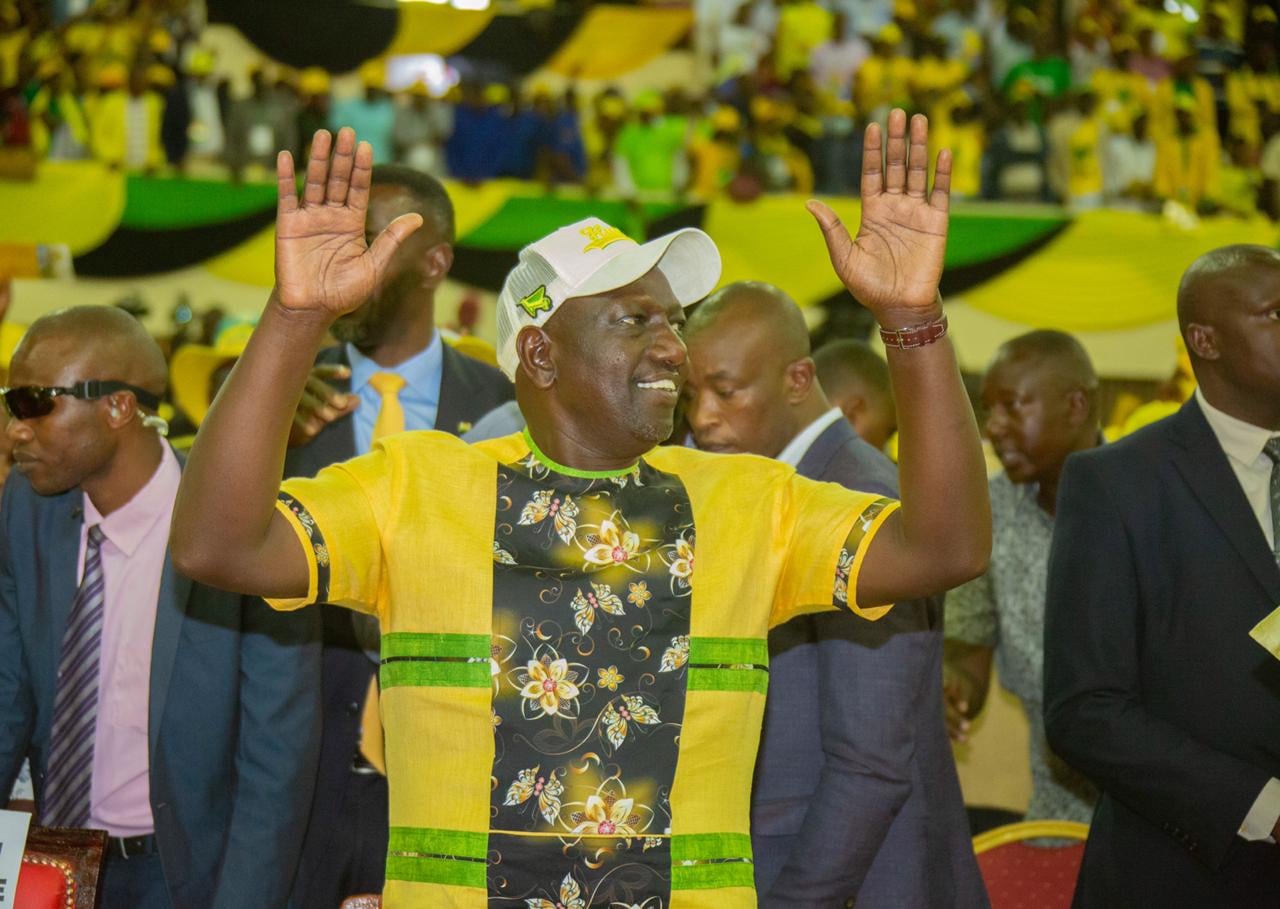 Ruto was declared the duly elected fifth President of Kenya by the Independent Electoral and Boundaries Commission.

IEBC chairman Wafula Chebukati made the announcement at the Bomas of Kenya on Monday, August 15, 2022 at 6:03PM.

He said Mr Ruto had fulfilled the constitutional requirements after garnering 7,176,141 votes, representing 50.49 per cent of the total votes cast and he achieved the minimum number of 39 counties at 25%.

His main rival Raila Odinga of the Azimio La Umoja One Kenya coalition party got 6,942,930 votes representing 48 percent of the votes cast.

“In accordance with the Constitution and the law, chairperson of IEBC hereby declare that Ruto William Samoei has been duly elected as the President of the Republic of Kenya under the provision of Article 138 of the Constitution of the Presidential election held on August 9, 2022,” said he said.

Mr Chebukati presented the certificate of presidential results to Mr Ruto to wild cheers from his supporters.

He was accompanied by deputy president-elect Rigathi Gachagua and his wife Rachel Ruto, who is the First Lady designate.

There was drama before Mr. Ruto was declared the winner.

Azimio la Umoja Presidential candidate Raila Odinga’s chief agent, Saitabao Ole Kanchuri, intimated that the systems used by the Independent Electoral and Boundaries Commission (IEBC) to tally the results of the presidential contest were compromised ahead of the official announcement by the electoral body.

The Independent Electoral and Boundaries Commission (IEBC) has gazetted William Ruto as the duly elected President.

His deputy Rigathi Gachagua has also been gazetted as the duly elected Deputy President .

Through a gazette notice dated August 15, IEBC Chairman Chebukati said the foregoing is in compliance with a provision enshrined in the Kenyan Constitution which directs a declared winner in the presidential elections to be elected president.

“Ruto William Samoei and Gachagua Rigathi have been duly elected as the President and Deputy President respectively of the Republic of Kenya having complied with the provisions of Article 138(4) of the Constitution,” said Chebukati.

The duo were declared winners of the 2022 General Election on Monday at the Bomas of Kenya, Nairobi.