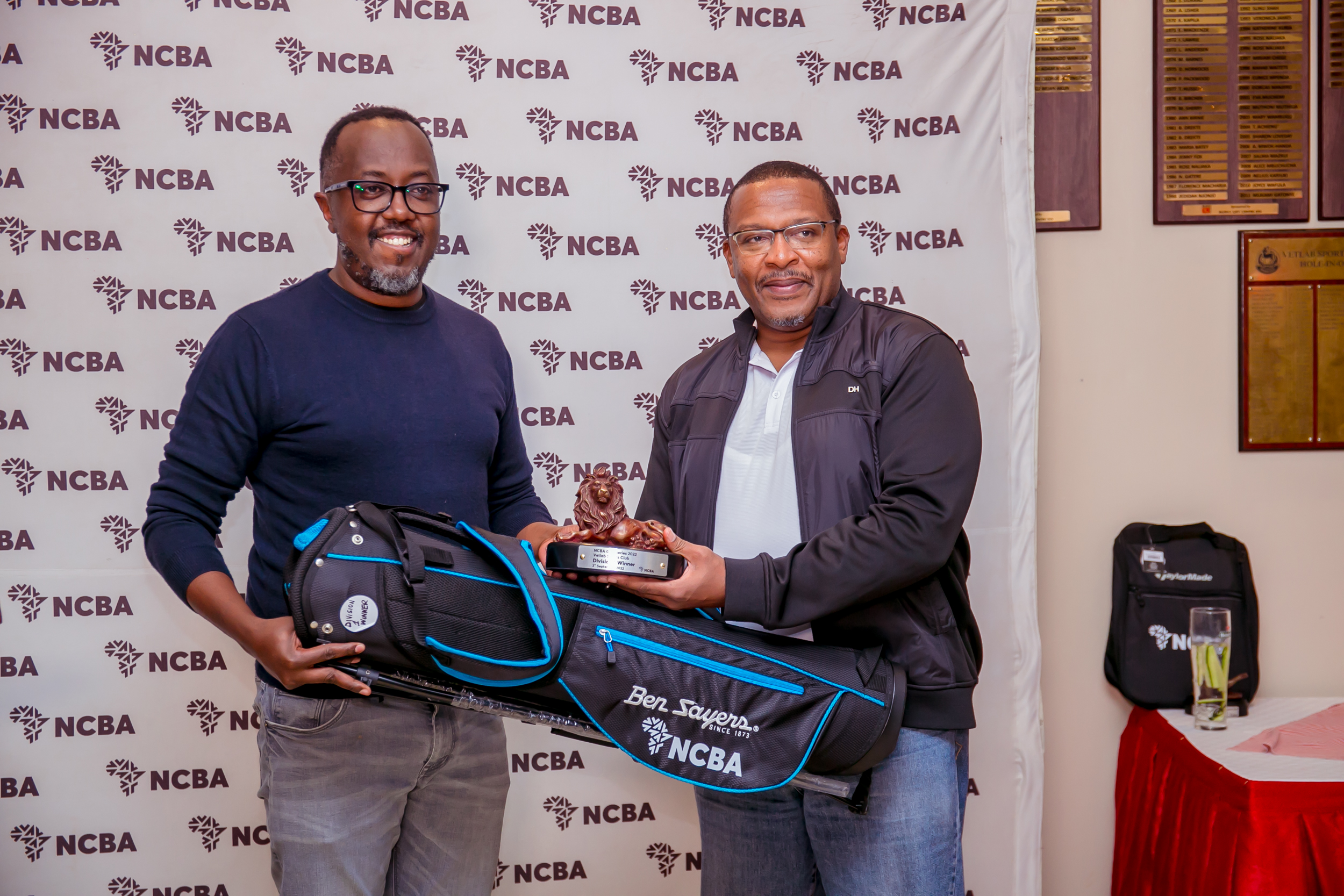 Nairobi, Sunday, 4th September 2022: The twelfth leg of the ongoing 2022 NCBA Golf Series teed off at the par-72 VetLab Sports Club on Saturday with over 200 golfers participating.

Home player James Kimani produced a stellar performance to claim the Division One victory at the event, ending his day with a round of 42 points. Playing off handicap 16, Njoroge scored two more points than his closest challenger, handicap 17 Aleem Ladak, who took the runner-up spot in the category with 40 points.

In the second division, handicap 34 Manoj Shanker carded a round of 43 points, two better than Grace Wanjohi, to claim the top spot in the category.

In the third division, Kozue Oba playing off handicap 39 was crowned the champion in the category, beating Jayesh Chavda (HC43) who came second having scored 34 points.

At the same time, Rachel Ndei and Navya Nagda claimed the bragging rights in the Ladies and Juniors categories, having scored 39 and 40 points respectively.

In the Nines, Abraham Samoei and Onesmus Mwaura were the stars after carding 21 and 22 points in the first and second nine respectively.

In the Longest Drive challenge, Terra Saidimu claimed the top honors among the men, while Euster Gerald emerged as the winner in the Ladies’ category.

Meanwhile, Kennedy Ondieki claimed the Closest to the Pin challenge victory with Charles Omondi taking home the prize for the Staff contest.

“I am delighted to note the incredible progress that we have achieved in the series so far, having held twelve tournaments so far which have attracted the participation of about 1800 amateur golfers including junior golfers. Today, we have had one of the biggest turnouts in the series with over 200 golfers having participated in today’s tournament. This is exactly why we started this golf tournament – to offer as many golfers as possible a chance to play and compete in this great sport. Our aim is to contribute to the growth and development of the sport and ensure we take it to the next level.”

“These events also provide us with an opportunity to connect with our customers on a personal level and that is why we truly value them. The series is more than just about the golf sport itself—it is a way for us as a bank to give back to our customers, who have supported us throughout the years in our journey to become one of the top financial institutions in the country,” he added.

On his part, VetLab Sports Club captain said; “We really appreciate NCBA for sponsoring this event. It has been an amazing tournament that has seen great participation, which speaks to the great reception that the golfers gave to the series. The greens were in great shape and they were playing really well, not to mention the great weather that allowed a smooth tournament.”

The Series continues on 17th September at Limuru Country Club.

admin December 6, 2022
The leader of the Majority in the National Assembly Kimani Ichungwah has been told to keep the children of Azimio leaders out of politics. Nairobi [...]
© 2021 Kenya Online News. All rights reserved. Powered by Play360 Solutions LLC