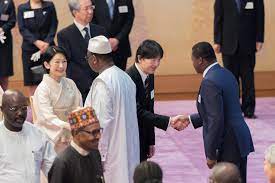 The Second Japan-Africa Public-Private Economic Forum ended the second day with two thematic sessions followed by the Memorandum of Understanding (MoU) ceremony, at which 15 MoUs were signed.

The number of MoUs is the similar to those witnessed during the first Forum held in South Africa in May 2018. The overall condition of the world economy has changed drastically since then. But still the triennial forum was able to achieve a similar number of MoUs. This is strong proof that Japan maintains its commitment and willingness to be the best partner for Kenya and Africa despite this difficult time of the pandemic.

The MoUs revealed during the day include: Joint initiatives on vehicle Knock-Down project between Toyota Tsusho Corporation and Associated Vehicle Assemblers Limited (AVA) , Joint Feasibility Study (FS) for the development of the Mini Hydro Power Station Project between Mitsui & Co. Ltd, and KTDA Power Company Ltd, Facilitation and support for the startup ecosystem in healthcare sectors in Africa between Double Feather Partners and Africa Health Business.

This MoC is expected to facilitate private business activities in health-related fields and to promote Universal health coverage in Kenya.

The MoUs go beyond Kenya to other African countries such as Ethiopia and Nigeria. In Ethiopia, Mitsui and Co. has agreed with Ethiopia Airlines Group for the Joint FS for the development of pilot plant to produce bio jet fuel.

The virtual forum received more than 1,400 registrations from all over the world. Thematic sessions on the second day discussed under the theme of “Green and Digital infrastructure for Africa” and “Accelerating Finance solutions in Africa”. The forum continues December 9, when we will have the special session “Japan-Africa Business Leaders’ forum” and will be joined by Mr. Joseph OGUTU, Chief Special Projects Officer, Safaricom Plc.