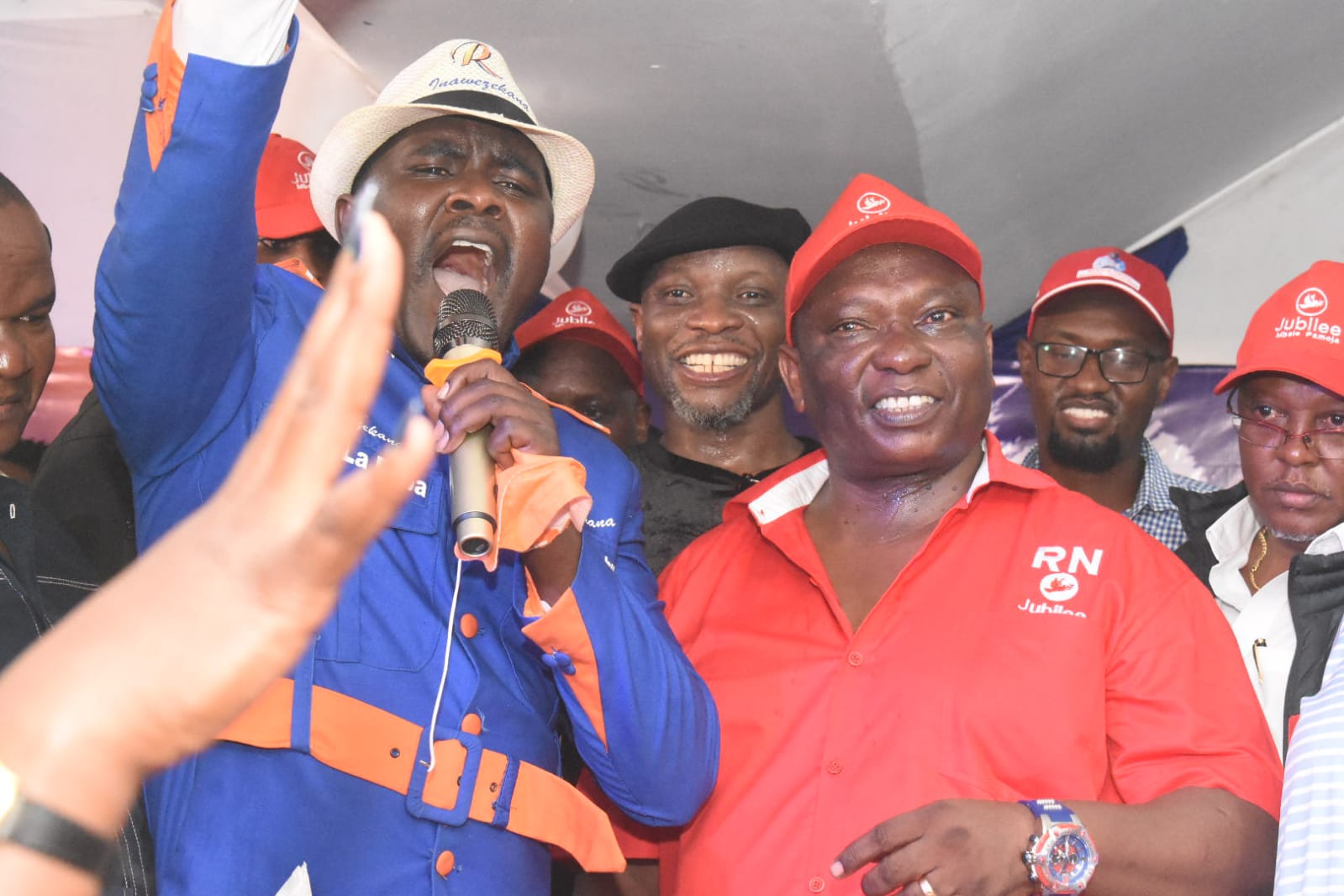 Renowned and prominent fan of Kenya’s record 19 times national football champions Gor Mahia, Jared Otieno popularly known as Jaro Soja is leading soccer fans in supporting the candidature of businessman Richard Ngatia as the next Governor of Nairobi ahead of the general elections scheduled for August 9th, 2022.

Jaro Soja who is the most popular football fan in Kenya said that as soccer fans they will support Ngatia to be Nairobi’s fourth Governor basing on his track record of supporting the sport.

Speaking during the launch of Ngatia’s campaign song launch, Jaro Soja urged football fans to back Ngatia for the good of the game.

“Am backing Ngatia to be the Nairobi’s Governor and on that note am calling upon football fans to support him,” said Jaro Soja.

Jaro Soja said he will mobilize football fans to support Ngatia and will be doing that during Kenyan Premier League (KPL) matches before going to other lower tier leagues and social media.

The fan said Ngatia was the best bet for football in the City if elected Governor basing on the way he has been supporting grassroots soccer.

“Ngatia has been sponsoring the biggest and most prominent grassroots football tournaments as the Chairman’s Cup in the past and most recently Nairobi’s pre-season tournament Kothbiro. These tournaments have nurtured talents and attracted scouts to scout for talent,” said Jaro Soja.

Jaro Soja said he will organize a meeting between Ngatia and football fans to discuss on how their welfare and how Nairobians can be motivate to support football and  the Jaza Stadi initiative by attending Kenyan league soccer matches in stadiums in big numbers  instead of going to social places and bars to watch  English Premier League matches.

“We need an individual who has Kenya’s football at heart who can be trusted in promoting the welfare of football fans who in a line-up a football fan is the 12th player very important in spicing a match. I have assessed the Nairobi Governorship candidates so far and seen that Ngatia has the qualities,” said Jaro Soja.

Newer Post
“I Will Make Nairobi a 24 Hour Economy as Governor,” Chamber of Commerce Boss Richard Ngatia Declares
Older Post
“We are Behind Ngatia for Nairobi Governor,” People Living With Disabilities Declare