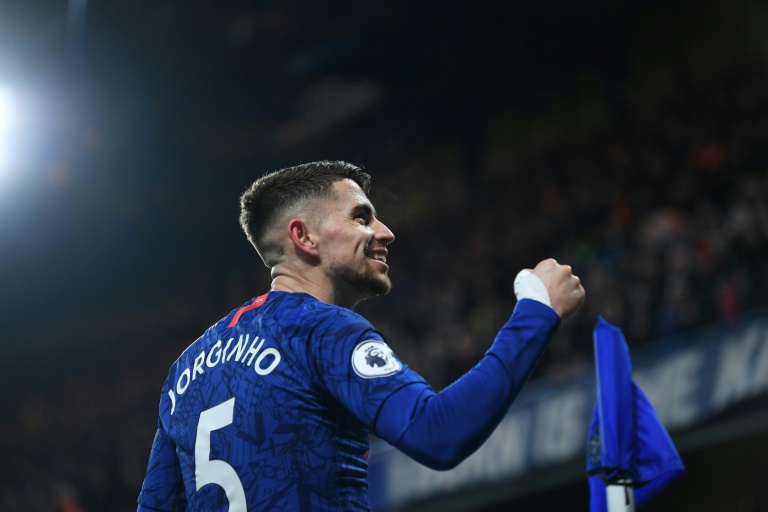 Jorginho scored two penalties as Chelsea fought back from a goal down to beat 3-1 Aston Villa in a English Premier League fixture away at Villa Park on Sunday, December 26th, 2021

Villa the lead in the 28th minute when Matt Targett’s whipped cross from the left was met by Chelsea defender Reece James and his glancing header diverted the ball past Edouard Mendy and into the net for an own goal.

Six minutes later, Chelsea were equalized from the spot throuh Jorginho after Callum Hudson-Odoi had been brought down by Matty Cash’s challenge in the 18-yard box.

Substitute Belgian striker Romelu Lukaku, who had missed three matches because of Covid-19, came on at the start of the second half and scored within 11 minutes, heading in from Hudson-Odoi’s cross.

Lukaku helped create Chelsea’s third as he won an injury-time penalty, which Jorginho converted for his second goal of the game.

The victory gives Chelsea their first win in three Premier League matches to leave them third, behind Liverpool on goal difference and six points adrift of leaders Manchester City.