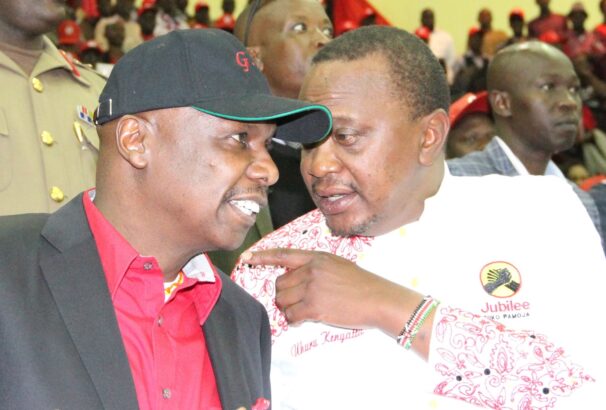 Two parties in the Azimio la Umoja One Kenya Coalition – Jubilee Party and Kanu have pulled out of the anti-government rallies called by the coalition’s party leader Raila Odinga.

Jubilee Secretary General Jeremiah Kioni said that the party would not take part in the rallies that are to start at Kamukunji grounds in Nairobi on Wednesday, December 7th, 2022.

“Jubilee does not advocate for chaos. It is not part of our agenda,” said the former Ndaragwa constituency Member of Parliament.

Kioni, however, added that the former ruling party is solidly in Azimio la Umoja One Kenya Coalition.

“Jubilee is in Azimio, but that does not stop us from pushing our party’s agenda. We will support the government of the day and correct it on behalf of Kenyans,” Mr Kioni said.

Seperately, Kanu Secretary General Nick Salat also told the Kenyaonlinenews.com that the party feels left out on key issues in the alliance and would not be part of the mass action.

“We will not support that. We would love to but our treatment in the coalition does not allow us to do that,” Mr Salat said.

“We are looking at redefining our relationship with Azimio. When it comes to inclusivity, the coalition only considers the Orange Democratic Movement (ODM) and Wiper.”

On Friday, December 2nd, 2022, Mr Odinga repeated his calls for rallies to “resist the capture and emasculation of key institutions,” accusing President William Ruto’s government of “taking a machete to hack and mutilate the Constitution.”

The rallies are also intended to show support for four top officials of the Independent Electoral and Boundaries Commission (IEBC), who are facing removal through a tribunal formed by the President.

The rallies are scheduled for December 7th, and December 12th, 2022 at Kamkunji grounds.