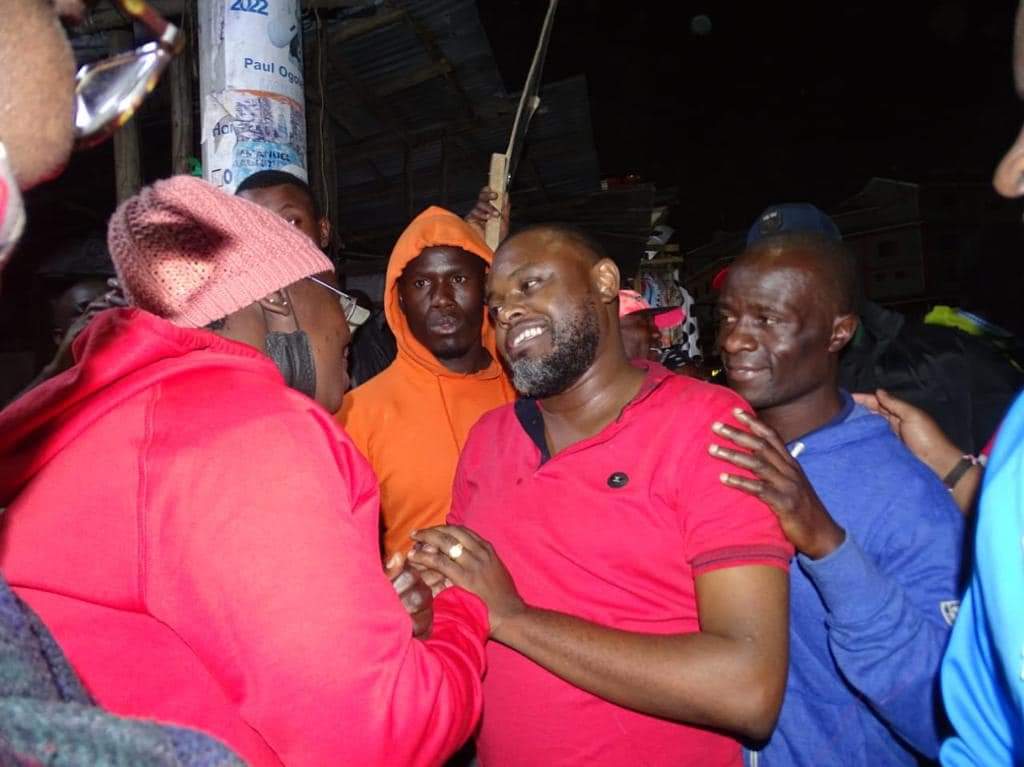 It was a night of muggings in Buruburu, Makadara constituency on Sunday, August 1, 2022, as Jubilee supporters campaigning reigned terror on the residents stealing from them instead of seeking for their votes.

The Jubilee candidate Hon Mark Ndung’u who flouted election rules by campaigning at night let loose his gang of his campaign team to unleash terror on the innocent and unsuspecting residents who lost their valuables amounting to thousands of shillings with some sustaining injuries occasioned by the attacks.

Police were called and rushed to the scene to save the situation and stopped the gang from further muggings.

The more than twenty youths doning Jubilee and Hon Mark Ndung’u campaign t-shirts were arrested and are held at Buruburu police station.