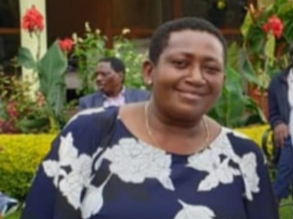 Billionaire Ms Mungai, is a member of the Friends of Jubilee Foundation lobby which raised millions of shillings for President Uhuru Kenyatta’s re-election campaign in 2017 in two hours, was last month summoned along with her two daughters to shed light on the alleged unpaid taxes.

The court was told that their billionaire mother was away in Zambia for undisclosed business deals.

The taxman is pursuing Ms Mungai over alleged unpaid taxes for the billions of shillings earned from government tenders for supplying boots, uniforms and cereals to the military, among other State departments.

The Treasury has announced a new crackdown on wealthy tax evaders as part of its commitment to the country’s creditors, setting the stage for travel bans, asset freeze and deactivation of Personal Identification Numbers (PINs).

The clampdown is revealed in a commitment that Kenya made to the International Monetary Fund (IMF) to recover unpaid taxes from high-net worth professionals and traders in efforts to raise the national revenues.

The taxman says Ms Mungai and her two daughters earned billions of shillings between 2014 and 2019 through their company Purma Holdings Ltd.

The KRA says it has been conducting investigations on tax obligations by the company for the past two years.

The court heard that they have been cooperating and have provided all documents and information demanded by the KRA.

“The commissioner has reason to believe that you, Mary Wambui Mungai, are culpable, connected to or have information that will assist us in our investigations into the identified offences,” says the letter sent to the businesswoman on June 23.

The KRA says the directors of the company were summoned on June 25 but failed to appear. Instead their lawyer appeared before the KRA and sought for an extension of the summons to June 28. Come the appointed day, says the KRA, the lawyer said the clients would not be attending because Ms Mungai was out of the country.

Fearing their arrest, her two daughters rushed to court seeking an anticipatory bail.

They told Justice Cecilia Githua that their mother was in Zambia on business assignments.

They also claimed that they resigned from the company on August 28, 2019 and transferred their shares to their mother.

The two daughters said they held 150 ordinary shares each and were incorporated as directors of Purma Holdings when they were minors.

“That the 3rd Applicant [Nyambura] and I ceased being directors of Purma Holdings when on realising that the two of us had other interest for our respective careers in life, our mother removed us,” Ms Njoki said in court documents.

Yesterday, Justice Githua directed the duo to sign a personal bond of Sh500,000 each and present themselves to the KRA on or before July 19 for questioning. The case will be mentioned on July 21 to confirm whether they complied with the directive.

“The applicants are apprehensive that the respondents are determined to have all of them in custody by all means possible and will abuse their powers in disregard of the Constitution to meet their objectives,” their lawyer, Walubengo Waningilo, said in the petition.

Ms Mungai has also been listed among persons who supplied Kemsa KN95 face masks and surgical face masks for a tender worth Sh30.5 million.

She also supplied personal protective equipment (PPE) kits worth Sh90 million. Both awards were made through direct procurement in June last year.

Kemsa has been fighting allegations of purchasing low quality items and inflating prices of others in the procurement of Covid-19 emergency equipment.