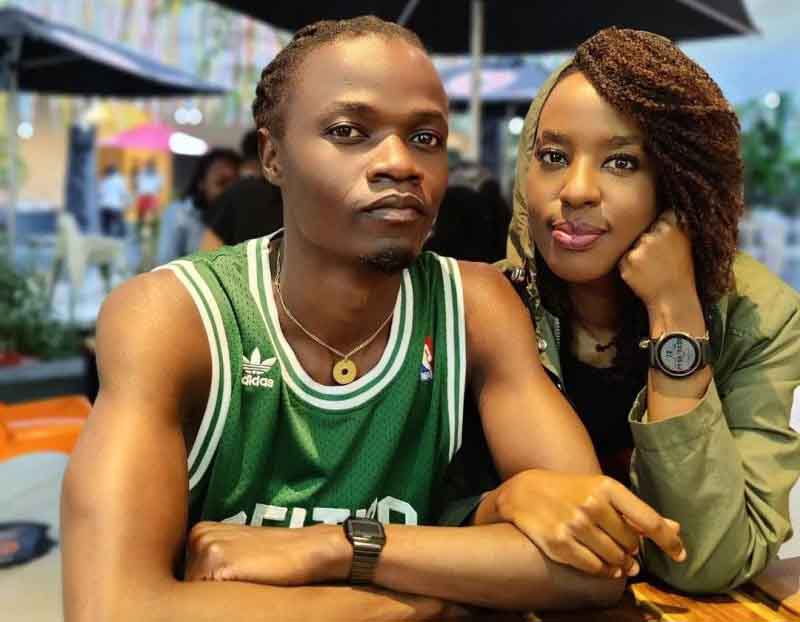 Kenyan musician Juliani has shared a glimpse into how married life is going, months after he tied the knot with former Machakos First Lady Lillian Ng’ang’a.

While speaking about his favourite meal, Juliani shared that – in their marriage – he makes the bestchapatisand Lillian makes a great cup of hot chocolate.

“I’m the best chapo whisperer, manze bro chapo zangu! And I do everything in 30 minutes – 30 chapos in 30 minutes na hiyoni from kukanda [from kneading the dough]. Niliambia wife ile siku nitamsho hiyo siri [I told my wife I’ll never share my secret to doing it]… chapo ndio the only thing inahold hiyo relationship.

“And she has a way she makes hot chocolate, hakuna hoteli ishaimake [I’ve never had such in any hotel],”he shared.

The thriving couple said their vows in a private ceremony on February 2, 2022 after months of facing public criticism and threats for being together.
They announced they were dating shortly after Ms Ng’ang’a parted ways with Machakos Governor Alfred Mutua .

Sikupatii collabo – Juliani’s advice to upcoming Kenyan musicians
Asked on what advice he would give any upcoming musicians, Juliani noted that his career has largely been successful because he took chances.

“Usijidharau msee [don’t discredit yourself], because when I look at my career, from where I started to now my fourth album, and the amazing things I’ve done so far, the only constant thing ni nilikuwa najichocha [I kept telling myself to go for it]. I had no clue what I was doing but I had the courage to listen to that voice and the courage to boldly take that step.

“Kuna a certain point mtu hufika kwa career when you think you need to do certain things to fit in… but after four-five years of connecting with people I realised kumbe I was contributing to that space just by being myself!”he exclaimed.

He advised young people not to wait for others to empower them, rather, to be freely themselves and go for their dreams.

“Sikupatii collabo, una ufala! That’s what everybody [starting out] asks for. Ati ‘Nirushie kacollabo’… No. You have what it takes, I only know about mine, I don’t know about yours. I don’t know your journey, struggles or ambitions. Probably yours [talent] is way bigger than mine so show us,”he advised.