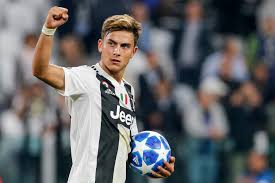 Juventus qualified to the knockout stage of the Uefa Champions League by beating Zenit St Petersburg 4-2 on November 2nd, 2021 in Turin, Italy.

Argentine forward Paulo Dybala scored twice and picked up an assist in Turin.

Dybala netted with  volley to give Juventus  a first-half lead but defender Leonardo Bonucci then headed into his own net.

Dybala made it 2-1 from the spot when Federico Chiesa was clipped and the Italian winger added a third himself, before Alvaro Morata netted a fourth.

Zenit forward Sardar Azmoun scored a late goal in stoppage time to soften the damage but Juve’s attacking quality proved far too much in Italy.

It means they progress from Group H with four wins from four, while Zenit sit third on three points.