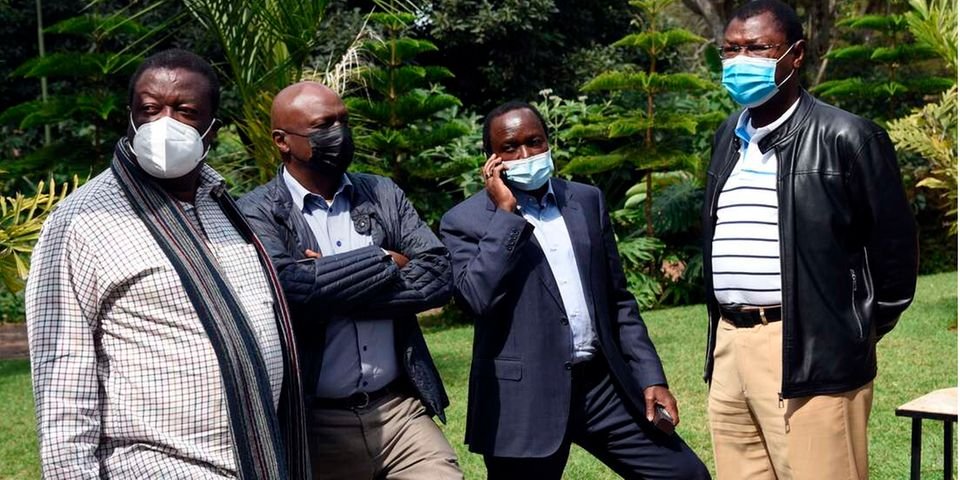 The One Kenya Alliance (OKA) coalition has finally broken its ties with the Amani National Congress (ANC).

In a press release undersigned against the coalition’s spokesperson Fredrick Okango, confirmed that they have officially parted ways with ANC party leader Musalia Mudavadi following his newfound alliance with the Deputy President (DP) Dr William Ruto.

“Unfortunately, we have to part ways since some of his friends are not our friends and we are unsafe with them. We are therefore moving to higher grounds where Kenyans are safer. It is time to move forward, it is time to end the nasty political games. We would like to wish Hon. Mudavadi the best of luck as he joins his other partners. There is no room for damages,” the statement read.

The statement also broke silence after its principals, Gideon Moi and Kalonzo Musyoka, staged a walkout from Mudavadi’s much-hyped event.

The coalition stated that their principals honoured Mudavadi’s invitation to his event out of respect and congratulated him for being endorsed as ANC’s flagbearer.

“We (OKA) have today walked out of Mudavadi’s ‘earthquake’ meeting. Our principals Hon Kalonzo Musyoka and Hon Gideon Moi out of respect honoured his invitation as a co-principal to attend the BOMAS event and congratulated him for being nominated by his party to go and look for more friends,” the statement read in part.

The coalition, however, stated that Kalonzo and Gideon had no option but to storm out of the event, following the arrival of DP Ruto and his UDA entourage.