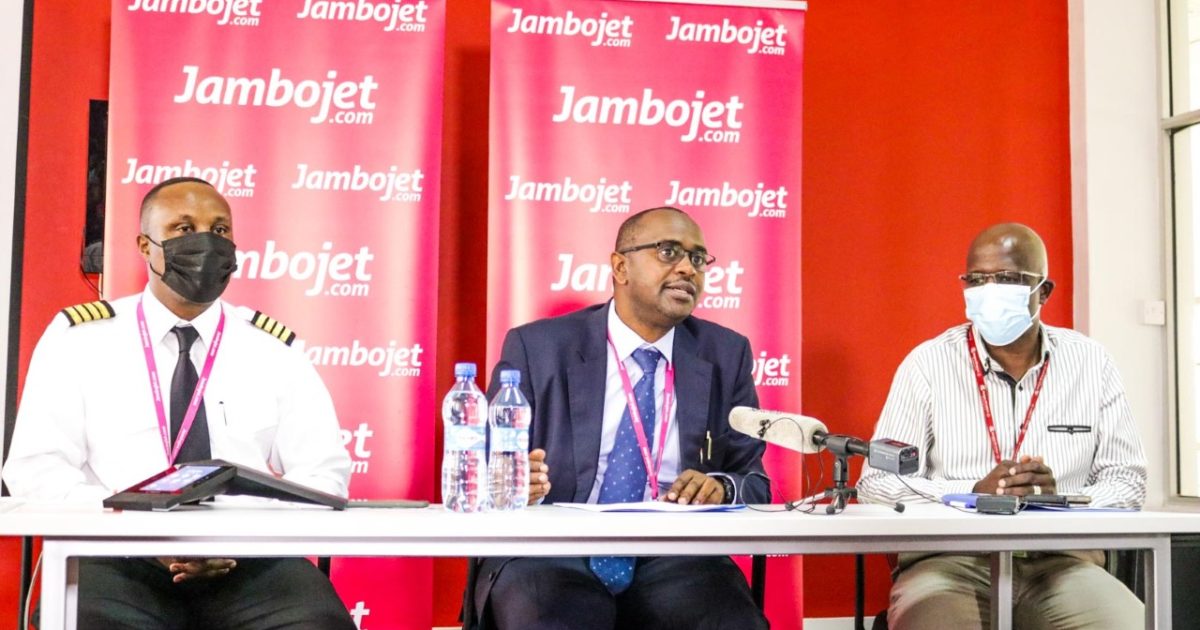 The Board of Directors of Jambojet has confirmed Mr. Karanja Ndegwa as the airline’s Chief Executive Officer and Managing Director effective immediately.

Mr. Ndegwa, who has been in an acting capacity since April 2020, was previously the Chief Financial Officer of the airline.

Ndegwa was first appointed in April last year as acting managing director, taking over from Allan Kilavuka who was appointed the boss of the parent, Kenya Airways.

Kilavuka had led the five-year-old low-cost carrier Jambojet since January 2019.

“Since taking over as acting Managing Director, Mr. Ndegwa has successfully steered the business, ensuring stability, continuity and growth amid the Covid-19 pandemic which has significantly affected the Aviation Industry. Through his leadership, we are confident that he is best suited to take the airline to the next level in terms of growth and sustainability,” said Vincent Rague, Chairman, Jambojet Board of Directors.

Karanja Ndegwa is a graduate of Economics and Statistics from the University of Nairobi as well as a Certified Public Accountant.

He has a wealth of experience in financial planning and reporting, airline business/commercial strategy, capacity building, strategic management and revenue management, having spent over 20 years in various leadership roles within the Airline Industry.

Prior to joining Jambojet in 2014, he worked at Kenya Airways in different capacities, rising to the position of Manager – Revenue Accounting.

He served as the Head of Finance at Jambojet, before being appointed the Chief Financial Officer of the airline in 2016.

Mr. Ndegwa has been instrumental to Jambojet growth, setting up the finance organization during Jambojet’s inception and has been involved in strategy development and implementation.

Competition for Local Businesses in Kakuma and Kalobeyei Launched

Gesare Gichana September 16, 2021
After earning a slot to the inaugural Caf Women Champions league, Vihiga Queens will return to local action over the weekend as the Football Kenya Fed [...]
Court News

Jacob Ghost Mulee Walks out of Harambee Stars as Coach