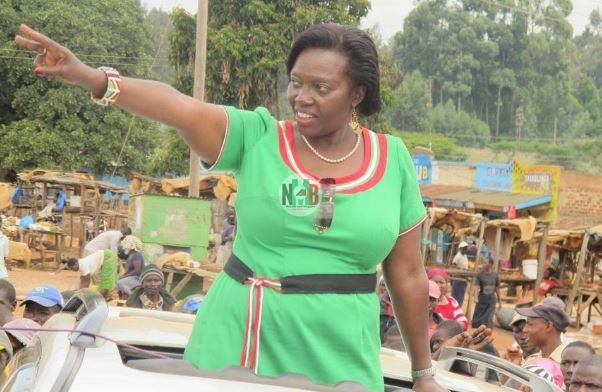 NARC Kenya leader and former Justice Minister Martha Karua has fronted the formation of an inter-party league to canvass the interests of the Mt. Kenya region ahead of 2022 polls.

Karua said the three parties will have a meeting within a period of three months to articulate both regional and national issues.

“We commit to working together on issues affecting our region and nation. This initiative in the next three months will culminate into the ‘Limuru 3’ conference where we can be able to make resolutions on how to conduct our affairs,” said Karua.

Kiunjuri said they invite like-minded parties from the region in the caucus, saying the forum will majorly center on addressing Mt. Kenya issues.

Kiunjuri however insisted that his party will be on the ballot in the 2022 general elections.

“TSP will be on the ballot. We are going to approach other members, an initiative must start somewhere. We are focused on uniting our region and uniting the nation,” stated Kiunjuri.

On his part, Gatundu MP Moses Kuria said that his focus is on his new party Chama Cha Kazi after his former outfit, People’s Empowerment Party, was snatched from him. He dismissed any possibility that he will fold his party.

Kuria had already used PEP to field candidates in by-elections, and won seats in Gaturi ward and  Juja Constituency.

The Gatundu South lawmaker, associated with the Deputy President William Ruto in the past, was elusive to comment on their current working relationship, saying he missed a meeting convened by the DP in Karen because it was a UDA forum.

“Am firmly behind Chama Cha Kazi, and for the meeting that happened in Karen was a meeting for UDA members and as a party leader I was not invited and that is not the only meeting that I haven’t been invited to. I wasn’t invited in Mombasa for example so there is nothing strange about it,” said Kuria.