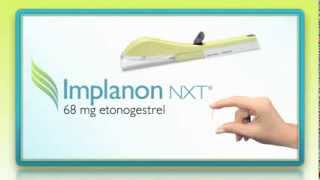 The Authority had earlier noticed during its market surveillance and quality assurance process that the consignment was contaminated.

The two weeks long exercise which started on Monday last week was conducted by KEMSA quality Assurance team collaborating with customer service in the four areas has seen all the family planning products that had been distributed from the consignments in question mopped up.

Among counties that received the supply include Kwale, Lamu, Nyamira, and Kakamega. In Nyamira County, over 9,000 packs were collected in 89 sites. The Consolidation was done at Nyamira County Referral Hospital before being taken to Kisumu Regional Distribution Centre for return logistics to Nairobi.

“We are glad to announce that we have successfully concluded the mop up exercise of Implanon. As the distribution agency on behalf of the donor and importing agency, we had activated an elaborate recall process as per our operating procedures. This was geared at guaranteeing public safety,” said Edward Njoroge, the Acting Chief Executive Officer of KEMSA,

In Kakamega County, about 1,500 packs had been issued to Butere District Hospital. The consignment was collected by the quality assurance and sales team. The consolidation was done at Kisumu Regional Distribution Centre and the collected consignment was dispatched back to Nairobi last week on Tuesday.

In Lamu County, a total of 1,170 packs were issued. The good news is only 2 facilities, Mpeketoni and Lamu County Hospital had received the batch. The collection and dispatching of this zone are also complete.

Kwale County was the last to conclude this process. The county had received a total number of packs dispatched as 2,560. Over 72 facilities had received the Implanon by the time the recall began on Monday last week in the county. Due to the vastness of the area, four facilities were remaining yesterday. By this morning,100 percent Collection was done and shipping is in progress.

“We are committed to provision of quality, accessible and affordable Health Products to the public sourced from both local and international suppliers. This is in line with our significant contribution to the attainment of Universal Health Coverage (UHC),” said Njoroge.