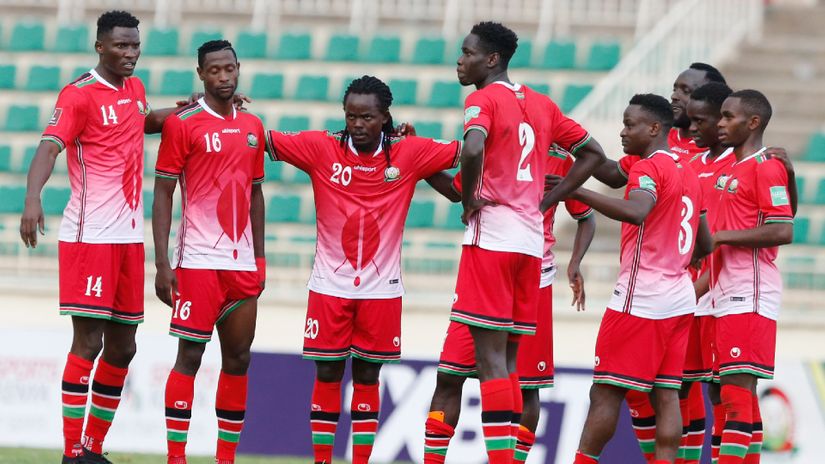 The defeat effectively ended Kenya’s 2022 World Cup dream as they now trail Mali with eight points in Group E. Only group winners proceed to the final qualifying round.

Kone who features in for Sarpsborg 08 in the the Norwegian top flight league Eliteserien  a connected a cross by eight times French Ligue 1 side Nantes defender Charles Traore from the left flank for the all important goal in the 54th minute.

Mali remain top of Group E with 10 points after the win, two points ahead of second placed Uganda with Kenya winless in third spot with two as Rwanda are perched at the basement of the table by managing one point.

Kenya welcomed Mali to Nairobi with the home side needing to win all their remaining fixtures to have a sniff of clinching the only ticket available from Group E to make the third and final round of CAF qualifiers for the 2022 FIFA World Cup.

Harambee Stars head coach Engin Firat has made four changes to his line up as Kenya hosted Mali in the return leg of Group “E”, 2022 Fifa World Cup qualifiers.

In the team, Firat handed Brian Bwire a start in the goalkeeping position replacing both Ian Otieno and Farouk Shikalo who featured last Thursday when Kenya was hammered 5-0 by Mali in Morocco.

Stanley Okumu and Johnstone Omurwa were retained as center backs with Erick Ouma and Abud Omar playing at the left and right back respectively.

Newer Post
Tyson Fury’s wife Paris takes shots at Deontay Wilder, tells him to retire because ‘he is not good at boxing’ and ‘not tough enough’
Older Post
“Am Alive not Dead,” former AG Charles Njonjo Dismisses Rumours