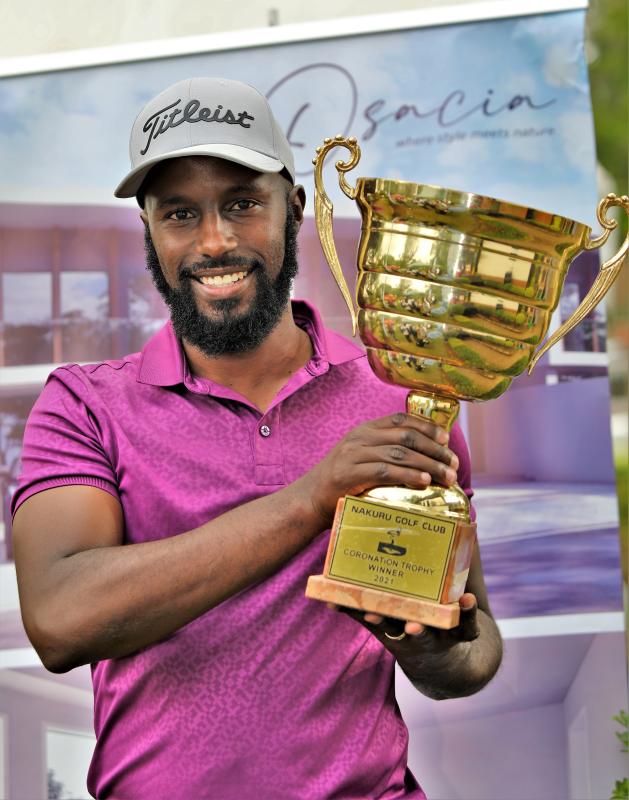 Dennis Maara will once again lead a team of four who will be participating in the upcoming All Africa Golf Team Championship to be held from 25th – 31st September 2022 in Egypt.

The team is comprised of Team Captain, Dennis Maara of Limuru Country Club, John Lejirma of Railway Golf Club , Adel Balala  of Nyali Golf and Country Club and Michael Karanga of Kiambu Golf Club. This is the same team that participated and won the just Concluded Region IV and Victoria Cup events.

‘The team has been on a high following the previous wins in the Region IV and Victoria Cup. We are looking forward to taking the next assignment at AAGTC in Egypt. Playing against the top amateurs on the continent will be a true test of our ability as a team. Myself, Adel, Lejirma and Karanga have been working hard individually and we will be in training with our coach following the break after our recent success.’ Said Dennis Maara team Captain

The team, which will be led by Kenya Golf Union (KGU) chairman Njani Ndiritu, has been in training under national junior coach John van Liefland  ahead of the championship which has attracted a total of 15 countries some of which include South Africa, Uganda , Tanzania, Zambia, Morocco, Ghana, Tunisia, Egypt, Zimbabwe, Namibia , Malawi and the Seychelles among others.

‘The team has been on a high following the previous wins in the Region IV and Victoria Cup and we at the Union are certain that they will bring yet another trophy home’. Said Mr. Njani Ndiritu Chairman Kenya Golf Union.