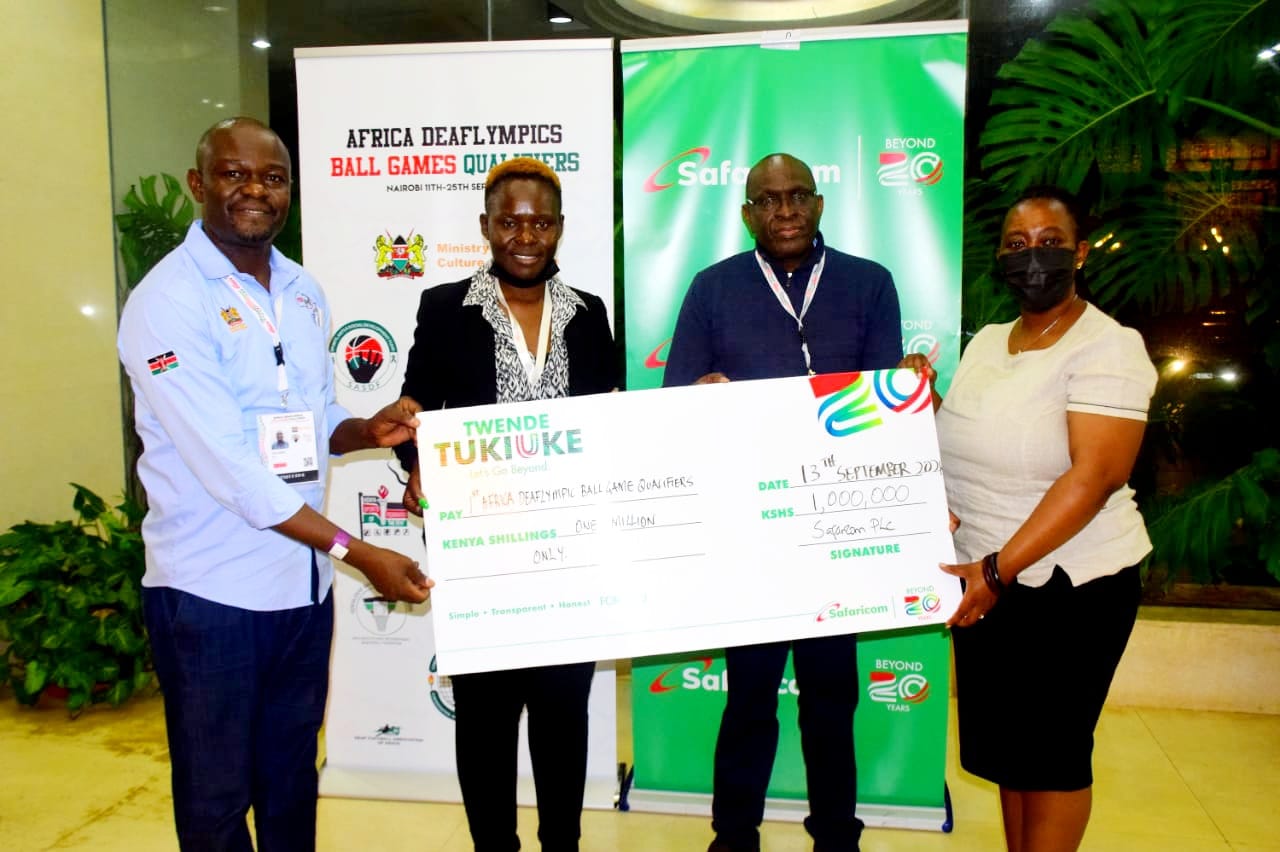 Safaricom has announced KES 1 million support for the Kenyan team representing the country at the ongoing Deaflympics Ball Games Qualifiers in Nairobi.

The sponsorship covers the players’ kits and airtime during the ball games which are the first-ever Deaflympics Qualifiers to be held in Kenya since its inception in 1924.

Over 1,000 participants from 22 African countries will be in attendance. There will be 16 deaf football teams and 8 deaf basketball teams in the tournament.

This year, Safaricom has also supported the Kenyan Olympic and Paralympic teams as well as sponsoring the just concluded World Athletics Under 20 Championships and the upcoming Kip Keino Classic, the final meeting of this year’s World Athletics Continental Tour Gold series.