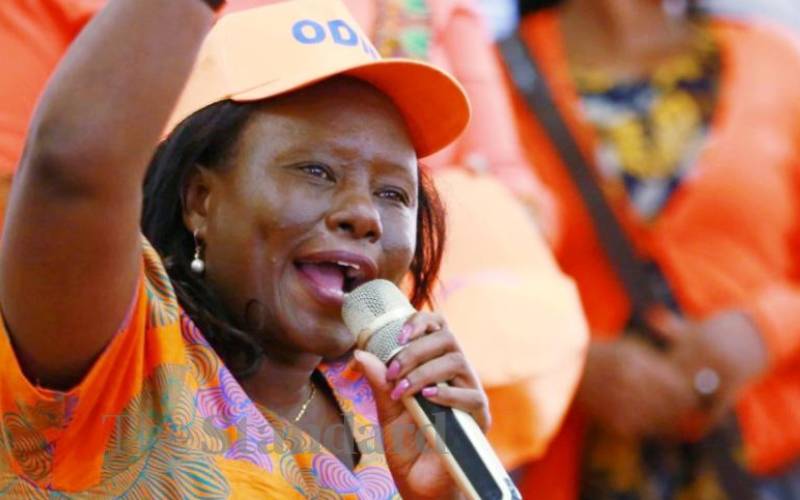 Nominated Member of Parliament (MP) Dennitah Ghati has been elected the Chairperson of the Commonwealth Parliamentarians with Disabilities (CPwD) network.

Ghati becomes the second CPwD Chairperson after Kevin Murphy who is the Speaker of the Nova Scotia House of Assembly in Canada.

Ghati was announced among nine regional champions in the network to represent parliamentarians living with disabilities.

In parliament, Ghati has been an advocate for the disabled having sought to compel the government to provide assistive devices and required medical items free of charge to persons with disabilities.

In 2013, Ghati became the first Woman Representative for Migori County – becoming the first female elected legislator from the county.

Ghati damaged her spinal cord in a car accident in March 2014. since the accident, she has used a wheelchair.

In 2017, she was nominated to Parliament by the opposition Orange Democratic Movement (ODM) party to represent the interests of persons living with disabilities.

The former journalist is the founder of Dennitah Ghati Disability Foundation, a non-profit charitable foundation that seeks to empower people with disabilities.