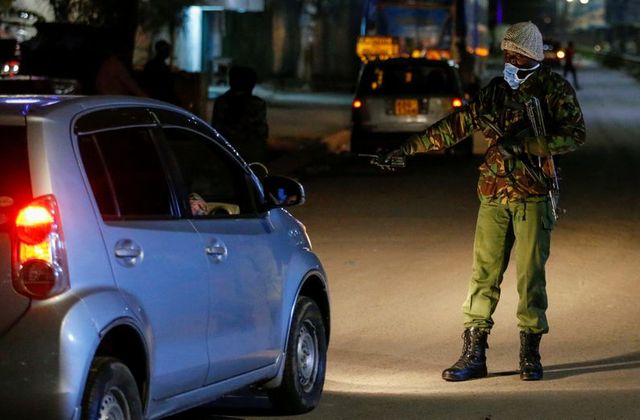 Majority of Kenyans support the. the nationwide 10pm to 4am curfew imposed by the government.

A new poll by pollsters Infotrak revealed that 63% of Kenyans support the nationwide 10pm to 4am curfew while 36% do not and 1% do not know.

According to the poll, 68% of Kenyans support the operating hours of eateries and bars while 31% do not and the remaining 1% are uncertain. Another 53% support the restrictions around places of worship.

This was poll conducted by Infotrack on the measures revised by President Uhuru Kenyatta on May 1, 2021 to curb the spread of COVID-19.

The poll, which was conducted across the eight regions with 1200 respondents participating, also showed that 71% of Kenyans in need of medical attention visited public health facilities between the end of 2020 and mid–2021.

Of these, the survey, 48% said they were satisfied with the services they received; 51% of them noted an adequate number of medical staff, while 53% noted inadequate resources such as medical equipment and drugs.

The poll, which was released on Tuesday, September 7, 2021 revealed that 7 in 10 low income earners visited public health facilities between the same period, as compared to only 2 in 5 high and middle income earners.

About three in 10 Kenyans who sought medical attention between the end of 2020 and mid–2021 required treatment for pre-existing conditions; including 1 in 5 for Malaria and the same for respiratory diseases.

As far as the cost of healthcare goes, 2 in 5 Kenyans spend under Ksh.10,000 on healthcare annually for themselves and their extended families while 1 in 5 have health insurance covers.

About two in 5 Kenyans (44% of the respondents) are of the opinion that the nationwide COVID-19 infection rate is increasing while 31 disagree.

The poll said 2 in 5 Kenyans who contracted the coronavirus sought help from relatives and friends to pay for the cost of treatment, while 1 in 5 used their savings.

Another one in 5 said they have recently assisted people close to them to offset a medical bill for COVID-19 treatment.
\
The poll further added that it costs about Ksh.21,359 per day per patient to manage COVID-19 in hospitals for asymptomatic patients, Ksh.21,361 for those with mild symptoms, Ksh.24,705 for those with severe disease and Ksh.51,684 for critical patients in ICUs.