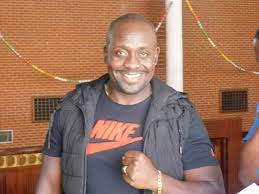 The Boxing Federation of Kenya (BFK) president Anthony Ombok aka Jamal has declared his intentions of contesting for the presidency for Africa’s boxing body.

Jamal is seeking to climb the ladder higher and open a new chapter in his leadership career,  three years after he was elected as the Kenya’s boxing chief.

“I Anthony Ombok aka Jamal President of Boxing Federation of Kenya (BFK) wishes to announce my candidature for position of Africa Boxing Confederation president in the forthcoming AFBC Extraordinary General Assembly to be held in Istanbul, Turkey on May 12th, 2022,” said in a brief statement.

Jamal asked to Kenyans to unite behind by offering their support and prayers  as he seeks to be Africa’s president.

However, Jamal will have to wait for clearance from the International Boxing Federation (IBF) which is taking integrity tests on the candidates vying for the elective posts.

On July 28, 2019, Jamal steps in to fill the void left behind by his predecessor following a landslide victory over his sole opponent after garnering 41 votes against Siaya County Treasurer Remjus Oketch who got 0.

When Jamal was elected BFK president the federation became one of the few sporting federations to comply with the Sports Act of 2013.

The elections were held in accordance with the Sports Act and the Rules and Regulations of the office of the Register of Sports.

A total of 15 counties participated upon meeting the minimum threshold of acquiring integrity documents.

Jamal was all smiles after victory and thanked all the delegates for entrusting him with the onerous task of leading amateur boxing for the next four years.

“I wish to thank all delegates for their unswerving support. Through the Ndondi Mashinani initiative we will strive to bolster the boxers fortunes at the grassroots level In a bid to help regain the country’s lost glory in the sport,” said Jamal in his acceptance speech.