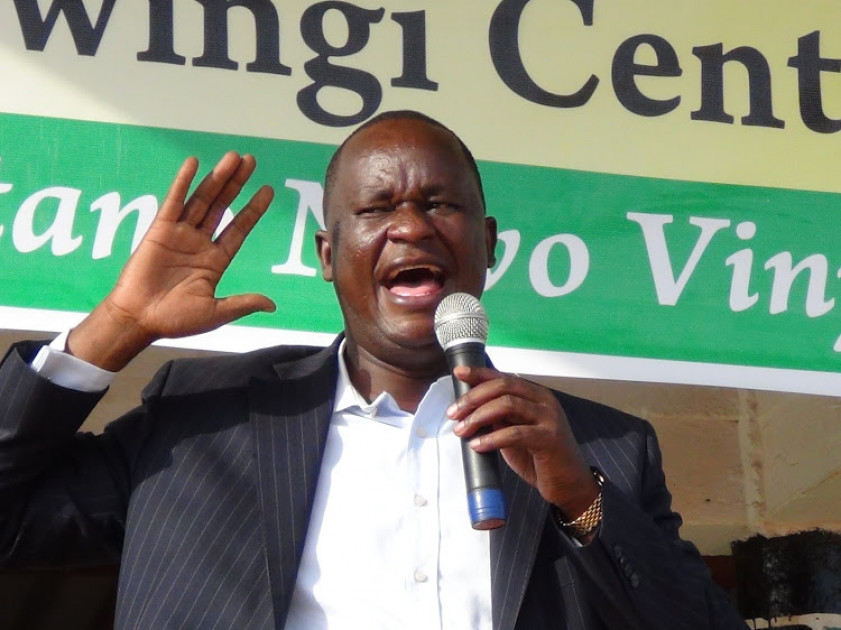 Immediate former Kenya’s ambasadeur to Uganda Julius Kilonzo has instructed lawyers to challenge in court Wiper Party’s decision to give a direct ticket to his rival Julius Malombe in the Kitui gubernatorial race.

Kilonzo was expected to square it with Malombe for the Wiper ticket at the primaries that were scheduled for Thursday, April 21, only for the party to declare the latter its flag bearer at an NGC meeting on Monday.

Before the decision was made, Kilonzo had earlier in the day snubbed a Wiper election tribunal meeting where both him and Malombe had been invited in an attempt to break the deadlock on who would be ideal to fly the Wiper flag.

With Malombe attending the Monday meeting, a decision was made to hand him the Wiper ticket.

The decision was consequently communicated to and ratified by the Wiper National Governing Council chaired by party leader Kalonzo Musyoka later on Monday.

The official ceremony to hand over the Wiper certificate to Malombe was scheduled to take place before noon on Tuesday at the SKM Command Centre in Nairobi.

But Lawyer Mutua, a former LSK president, said he has firm instruction to seek justice for Kilonzo.

On Tuesday, April 19th, 2022, Mutua confirmed that he had instruction from Kilonzo to pursue all available avenues to ensure that the decision to give the Wiper ticket to Malombe was overturned.

Kilonzo, who resigned from his posting in Uganda as Kenya’s amabasadeur in Kampala confirmed that he had instructed his lawyers to seek justice for him.

“It is true that I have instructed my lawyers to challenge this action as it is against the political party Act which provides for the party to issue tickets through either consensus or nominations,” said Kilonzo.