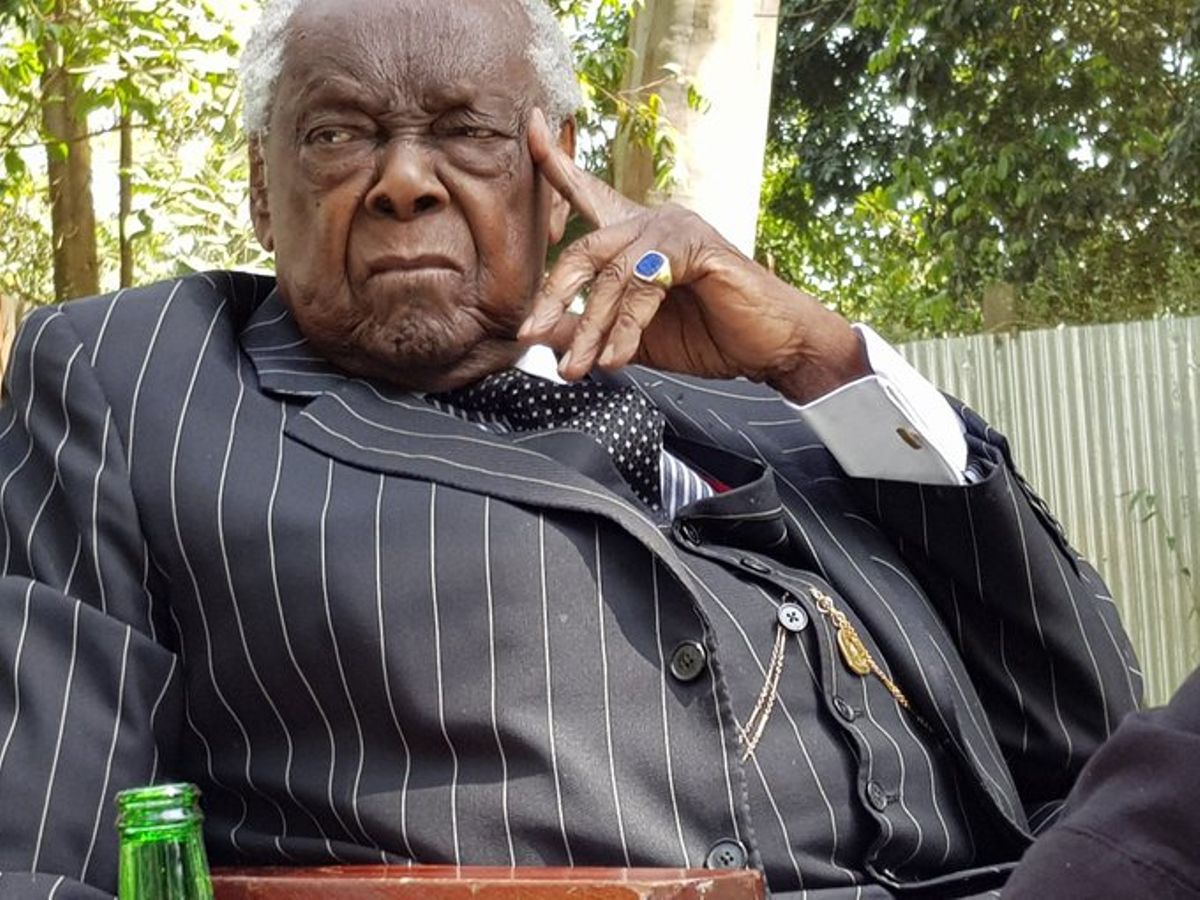 The only surviving member of Kenya’s independence cabinet and former Attorney General (AG) Charles Mugane Njonjo has passed away.

Njonjo’s body was cremated in a private ceremony attended by family members. His interment came barely five hours after he passed on.

Njonjo’s body arrived at the Kariokor crematorium on Sunday, January 2nd, 2022 at 9.30 am accompanied by about 25 family members.

The cremation was preceded by a brief service by the family.

His death was announced on Sunday, January, 2nd, 2022 by President Uhuru Kenyatta who said Njonjo’s death is big blow to the country.

“The passing away of Hon. Njonjo is a big blow not only to his immediate family, friends and relatives but to all Kenyans and indeed, the entire African continent because of his leading role in the founding of the Kenyan nation at independence,” Uhuru said.

“As a nation, we owe a debt of gratitude to Hon. Njonjo and his generation of independence era leaders for their selfless contribution to the laying of the solid foundation upon which our country continues to thrive.”

The President prayed for comfort to the family and friends of Charles Njonjo who he described as national hero as they go through this difficult period.

“On behalf of the Kenya

On his part, Wiper party leader Kalonzo Musyoka said Njonjo will be remembered as an icon for shaping the history of this nation and Kenyans owe him gratitude for his contributions towards progressive constitutionalism.

“As a stickler for the letter of the law, following the death of Kenya’s first president in 1978, Hon.Njonjo defended the constitution against a scheme seeking to bar the then Vice President from taking over power.We therefore had a smooth transition of power that ushered in President Daniel Arap Moi.” Kalonzo said.

n nation, my family and on my own behalf, I send deepest and heartfelt condolences to the family, friends and relatives of Hon. Njonjo, and indeed all Kenyans.”

Other leaders including Deputy President William Ruto and opposition leader Raila Odinga also sent their messages of condolence to the Njonjo family.

DP Ruto in his message of condolence said Charles Njonjo devoted his life in serving his country in pre-and post-independent Kenya.

Working as a civil servant, Attorney-General, Kikuyu MP and Constitutional Affairs Minister, Ruto said Njonjo was “knowledgeable, blunt and a dedicated advocate for the causes he believed in.”

Opposition leader Raila said the news of Njonjo’s passing shocked both him and his wife Mama Ida Odinga.

“As a nation, we have lost a towering giant who served in key roles during his life. Our legal fraternity greatly benefitted from his input and hard work,” Raila said.

The former Vice President said Njonjo was there to console him when he lost his mother in 2006.

“He was indeed a caring elderly statesman.”

“A proud son of Kabete, fondly referred to as the ‘Duke of Kabeteshire’, the late Njonjo served this country with distinction. As the people of Kiambu, we deeply feel this loss. We pray that God grants his family peace during this trying moment, and may his soul rest in eternal peace,” Njoro said.