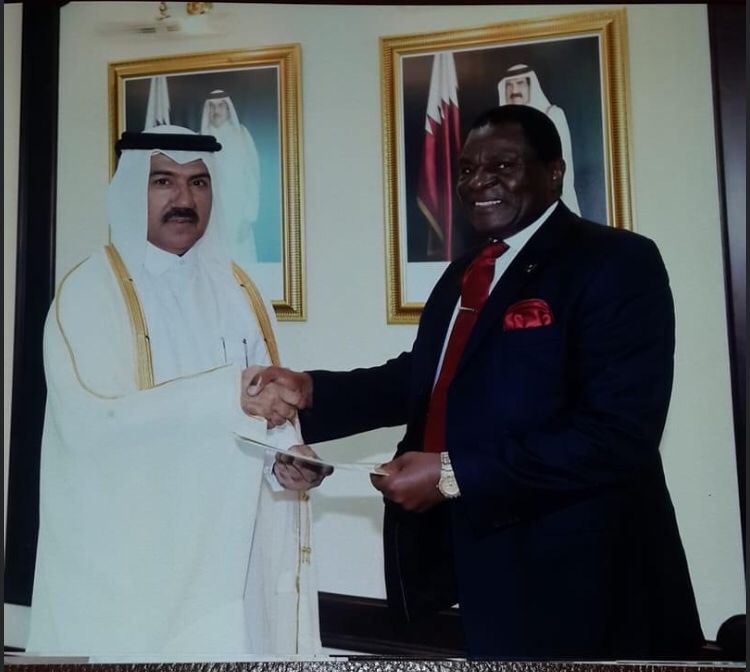 His family said he was taken to hospital after suffering a stroke.

The envoy had been receiving treatment at a Doha hospital, and was in the intensive care unit for one week.

Paddy Ahenda’s death now becomes the third to hit the consulate in a period of two years.

Ahenda was appointed by President Uhuru Kenyatta as the Ambassador to Qatar in August 2018.

In February 2019, rumours suggested that Qatar had rejected Ahenda as head of Kenya’s mission in the country, but the Middle East nation would later come out to refute the allegations.

Qatar said in February 2019 that Ahenda’s appointment was approved by the country on October 10, 2018, two months after President Kenyatta named him as Kenya’s envoy to the Middle East nation.

Paddy Ahenda served as Kasipul-Kabondo Member of Parliament between 2006 and 2007.

Ahenda won the March 1, 2006 parliamentary by-election on a Liberal Democratic Party (LDP) ticket after the death of the then-MP Peter Owidi, who had won the seat on a NARC Party ticket in the December 27, 2002 General Election.

The mini-poll was marred by a low turn-out due to heavy rains and sporadic violence.

In the run-up to the December 2007 General Election, Ahenda attempted to win ODM’s ticket through Party primaries in November, but lost to Joseph Oyugi Magwanga, who went on to win the election.

Ever since his ouster in 2007, Paddy Ahenda made unsuccessful attempts at reclaiming the Kasipul-Kabondo parliamentary seat, including in the August 8, 2017 polls.

Newer Post
KEBS Manager and Twins Who had Scored over 400 KCPE Marks Die in Accident
Older Post
Golfers Eye Ksh 800,000 up for Grabs at Savannah Golf Tour in Karen