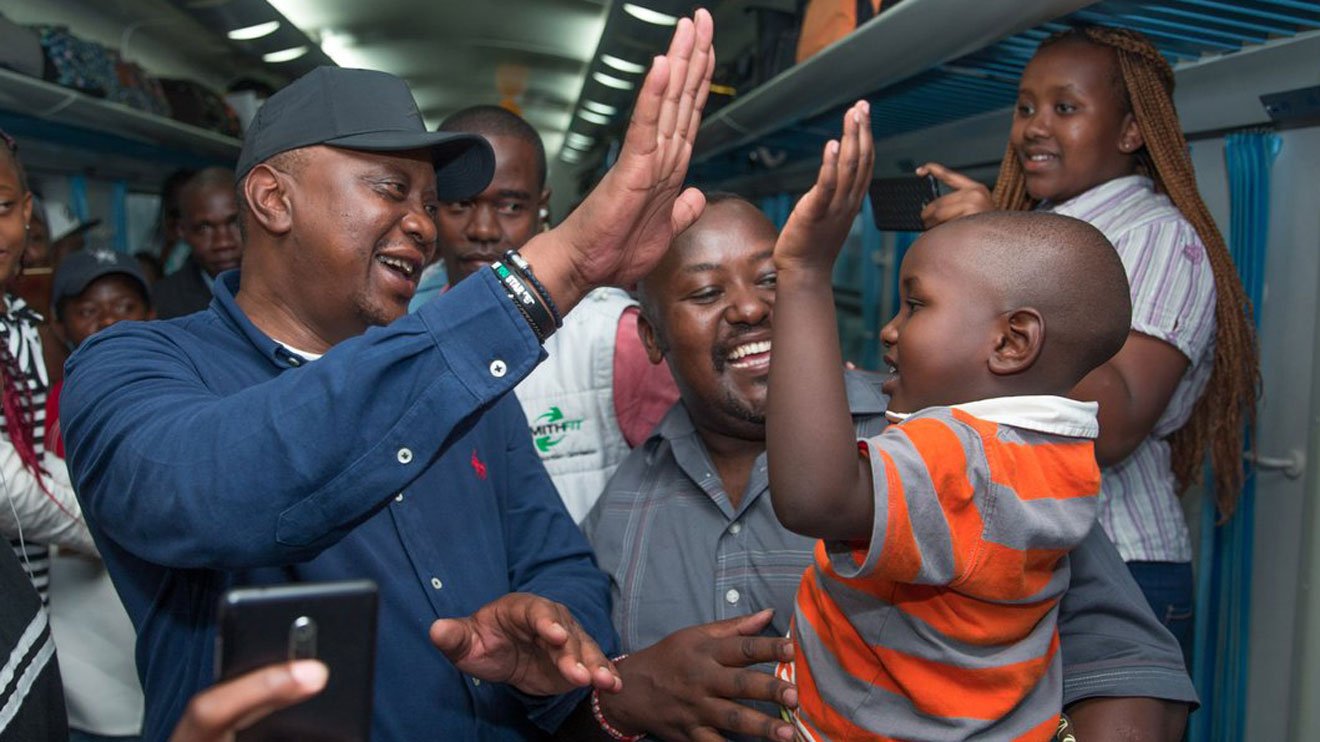 Under the hashtag ‘Uhuru at 60’ (#UhuruAt60), which was trending at Number One by 11am on Tuesday, Kenyans took to the micro-blogging site to wish the Head of State a happy birthday.

On this date, four years ago, a section of Kenyans took to Twitter to say their birthday gift to the President would be re-electing him for a second five-year term.

The repeat election would see President Kenyatta declared the winner after getting 7.48 million votes. Despite not running, Raila came second with 73,228 votes.

Barely one year into his second term in office, Uhuru and Raila struck a truce at Harambee House on March 9, 2018, an action that has ostensibly pushed Deputy President William Ruto to the periphery of Government operations.

As Uhuru turns 60 today, six days after Ruto said the Head of State would be remembered for a solid legacy transcending infrastructural and energy development, the DP is at it again, this time praying that “God blesses” the President.

“Please, join me in wishing our leader, the President, his excellency Uhuru Kenyatta, a happy birthday, and to pray for his success as he guides the nation towards a greater promise. God bless you, sir; to many, many more!” said the DP on his Twitter page on Tuesday.

Kitui Governor Charity Ngilu said on Twitter: “HE Uhuru Kenyatta, as you turn a year older, may God grant you the wisdom to continue leading this great country we call home into even greater prosperity. Happy birthday Mr. President.”

The KANU Party, on its official Twitter handle, said: “Happy 60th Birthday, President Uhuru Kenyatta. You redefine what 60 is all about.”

Lawyer Donald Kipkorir said: “Since March, 2018, President Uhuru Kenyatta has done more to transform Kenya than all the other presidents since independence … Happy birthday, your excellency!”

The Jubilee Party, on its official Twitter page, said: “Happy 60th Mr. President. We are proud to call you our party leader.”