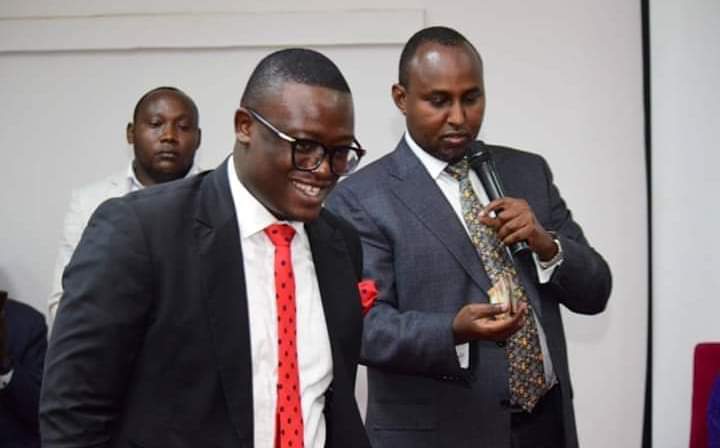 Touched by the plight and suffering of the residents of Umoja 2 ward, businessman Kevin Kwere has shelved his ambitions of joining the Embakasi West parliamentary seat to save the ward from further suffering occasioned by poor leadership.

Kwere in reference to that Bible says charity begins at home and for the love he has for the area, wants to put the house of Umoja 2 ward in order first before embarking on running for the parliamentary seat in future.

The businessman who has endeared himself in the ward through his philanthropic works in the area will be using the Orange Democratic Movement (ODM) ticket as the vehicle to of reaching City Hall to deliver the under developed Umoja 2 ward from poor leadership and misrepresentation. 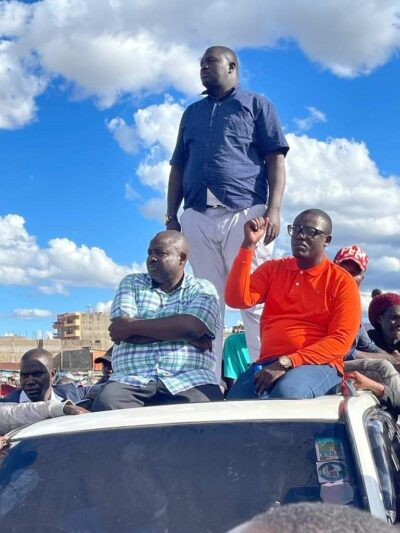 “I listened to the cries of Umoja 2 electorate who cried out to me to serve them at the ward level leadership and set standards before they push me up to the Constituency seat later,” he said.

Kwere a strong supporter of Raila Odinga and Azimio La Umoja says he has a vision and mission for Umoja 2 and his journey to City Hall to deliver the residents from the proverbial Egypt to the promised land of Canaan is unstoppable.

Following Kwere’s entry into the race in ODM, it is being rumoured that the current MCA Joseph Ndonji who is sensing defeat is contemplating jumping ship from the Orange Brigade to join the yellow party associated with the Deputy President William Ruto’s United Democratic Alliance.

Ndonji who is uncomfortable facing competition in the ODM primaries, is seeking getting a direct ticket from UDA given that his godfathers who made him sail through unfairly and earn the Orange party’s ticket in 2017 are no longer in power. 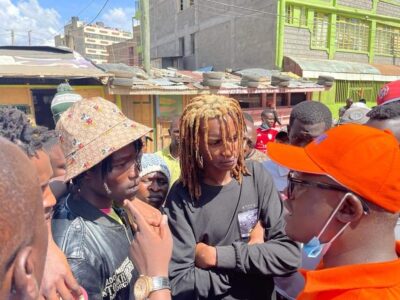 This is in reference to the botched 2017 Umoja 2 ward ODM nominations where the current MCA Joseph Ndonji who despite not being among top ten candidates after getting two votes was handed the party’s ticket, denying the winner Kingsley Odida and other top candidates the ticket.

Ndonji was handed the ODM party ticket on a silver platter courtesy of his connections where his brother George Ndonji the then chairman of Nairobi Governor Dr Evans Kidero used his influence at City Hall and Orange House for Joseph Ndonji to be favoured.

Ndonji who initially was planning to contest for the Embakasi West parliamentary seat in 2022 before chickening out is now a worried man as it will no longer be a walk in the park in returning back to City Hall with Kwere’s entry in the race. 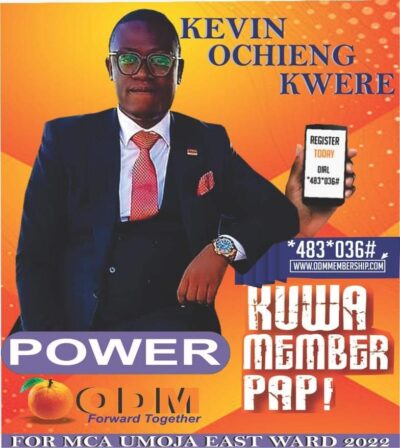 Ndonji who is spending sleepless nights is trying to court Kwere to back down. Kwere has remained defiant and steadfast in his ambitions telling off Ndonji and others that will not be bought out of the race as he respects the will of Umoja 2 ward residents of contesting and leading them.