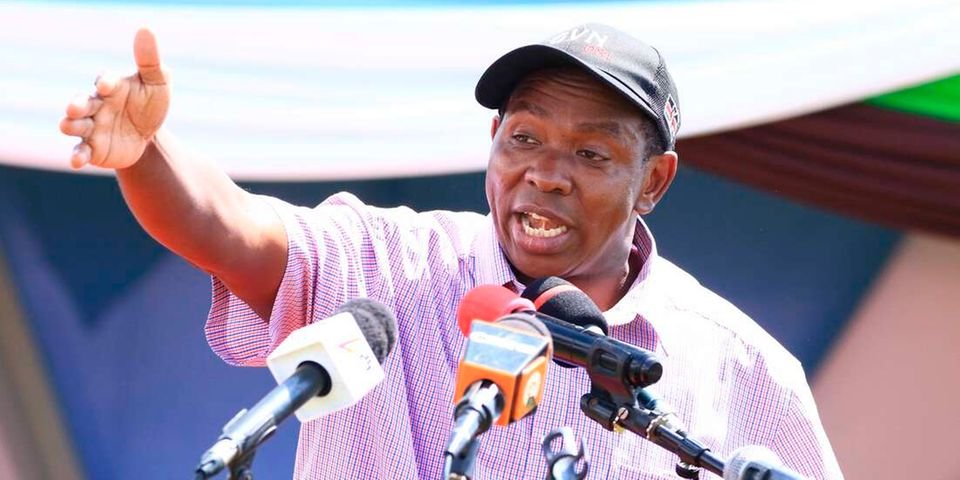 Immediate former Commissioner of the Domestic Taxes Department at Kenya Revenue Authority (KRA) Elizabeth Meyo has been appointed to serve as the chief executive of the board.

“The Governor of Laikipia, H.E. Hon Ndiritu Muriithi, has been nominated and accepted to become chair of the board of the Raila Odinga 2022 Campaign,” said Raila in a statement dated January 5, 2022.

The board will be the former prime minister’s presidential campaign engine that will drive his bid to succeed President Uhuru Kenyatta.

Meyo, currently a consultant to the IMF, will be the secretariat’s chief executive officer and brings over three decades of administrative and strategic experience to the position.

Meyo will be the overall CEO of the campaign, implement its strategic and key decisions, head the campaign secretariat, and make all vital decisions.

While making the announcement yesterday, the Raila team heaped praises on Ndiritu, saying that “as an economist and financial markets expert, Governor Muriithi, has over 29 years’ experience in leadership and management in Kenya, South Africa, Canada and Australia”.

They added: “Governor Muriithi was instrumental in the drive to have the derelict Nairobi-Nanyuki and Gilgil-Nyahururu railway lines rehabilitated.”

The governor through his communication chief Muchiri Gitonga, said the appointment does not affect his political ambitions which is seeking re-election on the Party of National Unity (PNU) which is among the outfits that are backing Raila’s presidential bid, adding that being picked for the job signals the confidence the Azimio La Umoja team has in him.

“We are firmly in the race, we are seeking re-election in a PNU ticket, and about his appointment by the former Prime Minister, he is equal to the task. He will perform the two roles ably, and his appointment to that position demonstrates the level of confidence they have in him as well as the leadership of Laikipia,” Muchiri told People Daily in a telephone interview.

This will not be the first time Ndiritu will be playing a key role in a presidential campaign, having worked for Kibaki’s Democratic Party in the 1992 and 1997 elections.

He was also a volunteer in the 2002 election in which Kibaki won with a landslide under the National Rainbow Coalition (NARC).

Ndiritu has been working with the Mt Kenya Foundation, a group of business leaders from President Uhuru Kenyatta’s backyard, who in November endorsed Raila as their preferred candidate for State House.

In September last year, Ndiritu who has been on an overdrive marketing Raila in Mt Kenya,  made a bold move when he became first governor from the region to host the ODM boss in Nanyuki for three days, and accompanied him on his return trip to Nairobi.