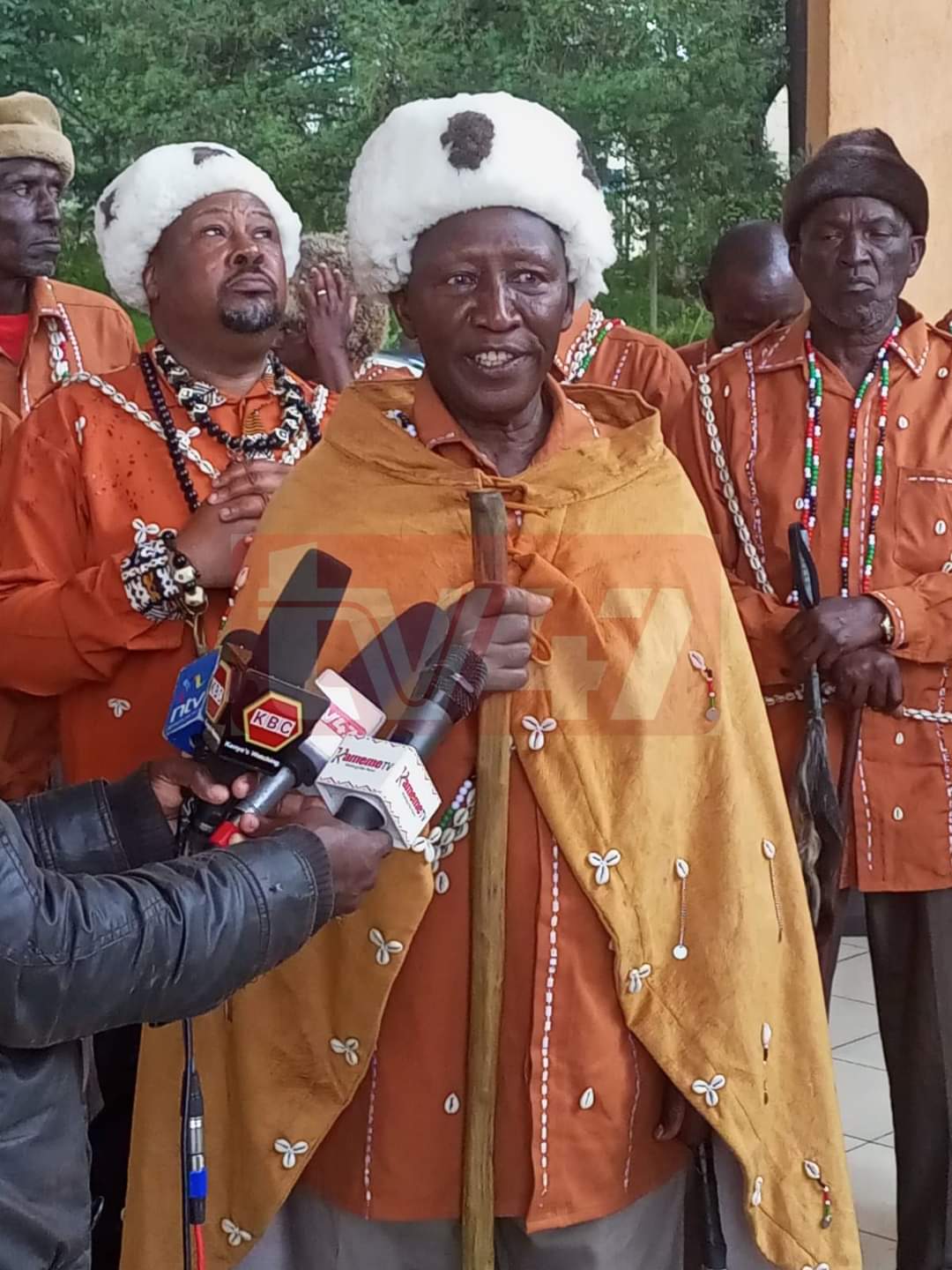 Kikuyu Elders from the famous ‘Kiama Kia Ma’congregated in Mt Kenya forest on Friday 23rd to pray for the presidency and the country. The prayer session took place inside the forest, Narumoru area in Nyeri county.

The elders thanked God for giving the country a peaceful election. They also prayed for president William Ruto and his deputy, Rigathi Gachagua, where they asked God to grant them wisdom to lead the whole nation devoid of regional political affiliations.

The elders performed rituals in accordance to the Gikuyu culture as a way of thanksgiving.

Speaking to the media after this event, one of the leaders who goes by the name Waweru wa Mbugua from Kiambu, said that the elders will fully back and support the presidency of William Ruto.

Waweru said that God spoke through the people who voted in August 9th, and Ruto is the anointed king.

“We came here to pray for the nation and show support for William Ruto. Kings are anointed